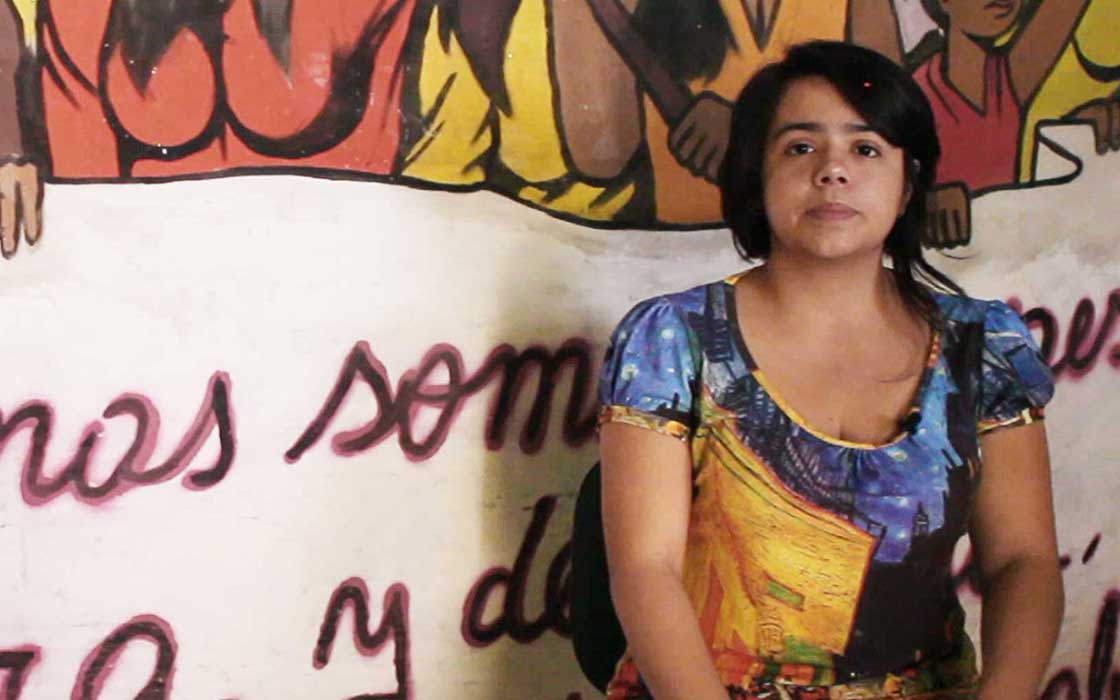 A school where women’s stories are heard

In Latin America – the world’s most dangerous continent for women – abuse and violence are a part of the everyday life of many women and girls. In Paraguay, We Effect’s partner organization CONAMURI launched on gender based violence where the participants’ own narratives are part of the solution.

In the green and lush backyard of an old colonial building in central Asunción, some thirty women are sharing intimate stories about their lives. Here, in CONAMURI’s women’s school against gender based violence, activists from all over the country have gathered to discuss some of the obstacles they have encountered as women in a patriarchal society.

For many it is the first time they are given an opportunity to tell their own stories, to share their experiences with their own words. Stories of violence in their homes and outside, perpetrated by loved ones as well as strangers. When it’s time for a lunch break, few of the participants are willing to finish their deep and touching conversations.

− Women’s experiences of violence are rarely given importance in their own communities and organizations. These women come from different sectors in society, from neighborhood organizations, trade unions, political parties, women’s and farmer’s organizations. But their realities aren’t that different. Giving value to their experiences of violence is an important tool for empowering them and consolidating their knowledge. It also creates a link between different women – indigenous, rural and urban – and helps questioning the normalization of violence against women in Paraguay, says Fátima Aguilar, one of the organizers of the women’s school. According to UN data, women in Latin America and the Caribbean run the greatest risk of suffering from violence. Femicides are a growing problem throughout the region and Paraguay is hardly an exception. In 2016, 39 femicides were registered in the country. A women’s school focusing on violence against women puts violence in a context, and the participants can discuss and create tools to change the dark reality of the Latin American continent, or at least of their surroundings.

“Perhaps together we can contribute to breaking the structures that limit us women”.

− By discussing women’s rights, and the relationship between sex, power and violence they will be strengthened both as women and activists. We will also talk about the legal and political perspectives on violence against women. However, state institutions in Paraguay are insufficient in terms of protecting women against violence and to prosecute perpetrators. Investigations are often closed in an early stage and the women exposed to violence rarely receive the support they need. Through this women’s school, we want to create a network of women for women – and against violence, Fátima continues.

Leidy Romero from the housing cooperative Kuarahy Rese in the outskirts of Asunción is one of the participants. For her, the context is new, inspiring and enlightening.

− I’m not only learning about my rights as a young woman but also understanding the norms and rules society has taught us since childhood. Now I know that I can question those ingrained norms and that I am allowed to be involved in society, without fear of reprisals.

Leidy is committed to making a change, she has already thought of ways to create greater awareness in her community.

− I want more people to learn what I have learned here today, so I will talk to my family and friends about it. Perhaps together we can contribute to breaking the structures that limit us women and to end violence against us once and for all.