Advocating for rural women – the invisible workforce in Moldova 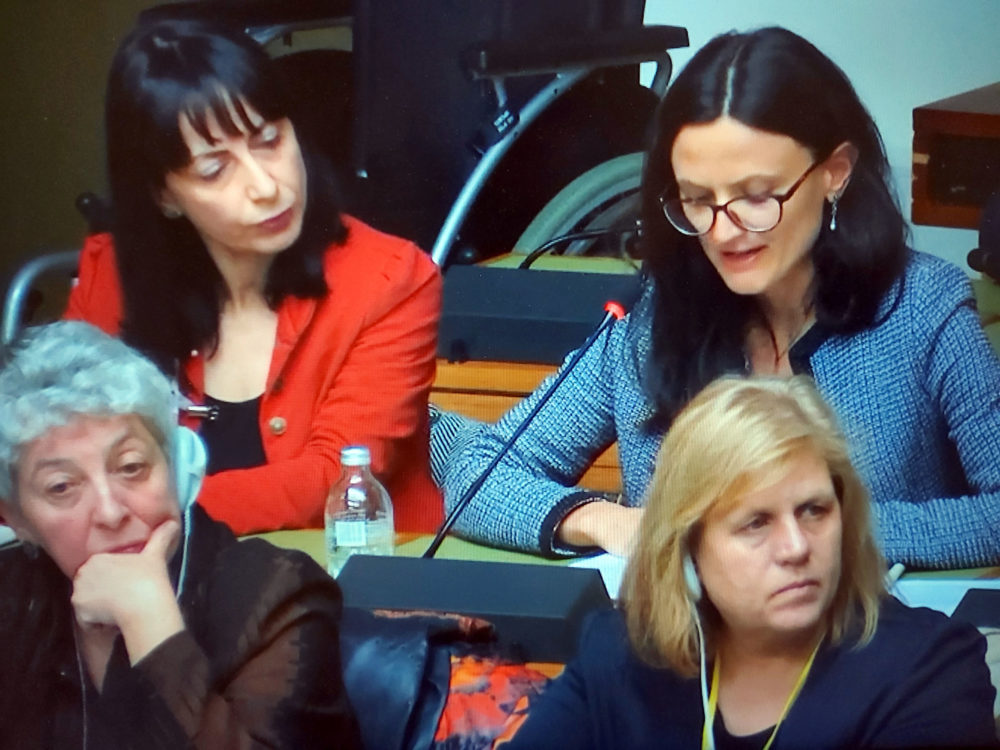 Nadejda Levinte (right) from We Effect’s partner organisation NFFM speaks in front of the CEDAW Committee in Geneva, accompanied by our Gender Officer Daniela Antonovska (left).

We Effect’s partner organization NFFM is advocating in front of the UN Committee on the Elimination of Discrimination against Women (CEDAW) in Geneva for full recognition of women’s role on farms and in the rural communities in Moldova.

“We are urging the government to adopt measures and recognize the unpaid work of the rural women, to recognize their rights to social benefits and to eliminate the barriers faced by women when accessing health, educational and financial services,” stressed Nadejda Levinte on behalf of We Effect’s partner organisation, the National Farmers Federation of Moldova (NFFM), in front of the UN Committee on the Elimination of Discrimination against Women (CEDAW) in Geneva.

At its 75th session the CEDAW Committee is reviewing the Sixth Periodical Report of the Republic of Moldova assessing how the rights of the Convention on the Elimination of All Forms of Discrimination against Women are implemented, after which general recommendations will be formulated and directed towards the state.

In order to have a full grasp of the situation with the women’s rights in the country, the CEDAW Committee invites representatives of national and international NGOs to provide further country-specific information related to the topic. Therefore, in addition to the state report, 20 NGOs from Moldova have submitted shadow reports. One of them is We Effect’s partner organisation NFFM focusing specifically on the situation of the rural women in Moldova.

In an effort to put a stronger emphasis on this issue, We Effect Europe and NFFM secured a separate meeting with the Country Rapporteur for Moldova Genoveva Tisheva and the CEDAW member Lia Nadaria. At the meeting, We Effect Europe’s Gender Officer Daniela Antonovska and NFFM’s representative Nadejda Levinte introduced the two CEDAW members with the diverse range of challenges that the rural women in Moldova struggle with.

The rural women in Moldova are an invisible working force. Concentrated in the informal economy, on family farms where they are assisting their husbands with manual labour, little has been done to fully recognise women’s role on farms. On top of it, as Nadejda Levinte illustrates, “the rural women are expected to perform an overwhelming share of unpaid household and family-related care work. About 66% of women’s total working time in the rural areas is made up of unpaid work, i.e. 4.9 hours per day.”

At the heart of these inequalities are the discriminatory social norms and attitudes. The advocacy efforts of NFFM are focused on addressing exclusion and intersecting forms of discrimination faced by the rural women in Moldova. They have implemented numerous projects with overall objective of contributing towards the socio-economic development of the rural areas by focusing on women’s economic empowerment and amplifying women’s voices in their communities.