Home / News / Corona crises hit hard on the most vulnerable

Corona crises hit hard on the most vulnerable 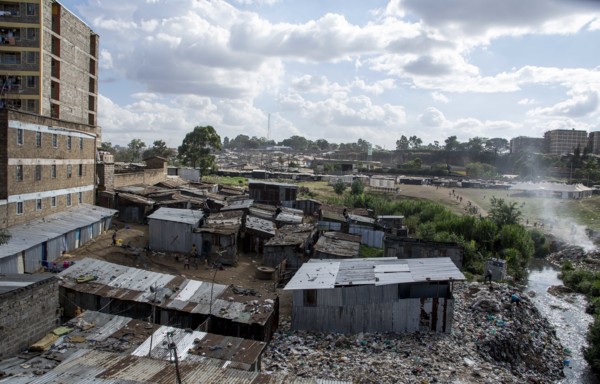 We Effect has seen an immediate negative impact of the Corona crisis in our countries of operations in Asia, Europe, Africa and Latin America. It is the already vulnerable people living in poverty who are especially affected by banning of public gatherings, closing down public transport and markets. We Effect is mobilizing to support people in the best possible way despite the situation.

– We work with those living on the margin and now see that they are hit hard by the Corona crisis. They have no Government safety nets to lean on, can’t work from home and live in environments where the virus can spread quickly, says Anna Tibblin, We Effect’s Secretary General.

– The whole thing has come like a bolt out of the blue. From basically no Corona cases at all in the region a week ago, several countries now have introduced a total state of emergency and a curfew, says Pia Stavås Meier, We Effect’s Regional Director for Latin America.

In Kenya, the authorities had reported fewer than ten coronary cases until Thursday, March 19, while in Tanzania and Uganda there were no reported cases at all. But there is concern that the situation can change quickly.

– If the virus enters the slums in Nairobi, it will be very difficult to limit it. The slums where we operate are crowded and the access to soap and water is limited, says George Onyango, We Effect’s Regional Director for East Africa.

The authorities in the region have introduced various decrees to limit possible spread of the virus. They have restricted entry to the country, closed schools, prohibited church gatherings and markets and urge people not to use public transport other than in case of emergency. So far, however, no government has announced any financial compensation to those affected by these measures.

– The long-term impact on the economy depends on how long these restrictions will apply. They hit hardest on people in the informal economy and people with service occupations that now cannot support themselves. They don’t have an income but still have to pay rent and school fees, says George Onyango.

In Europe, where We Effect operates in Macedonia, Kosovo, Moldova, Albania and Bosnia and Herzegovina, the countries have responded very quickly to the widespread epidemic in the region.

– There is capacity in the healthcare system to manage the pandemic, but the question is who will have access to healthcare. Minorities such as Roma and many rural women are not registered as workers in the official systems and therefore lack general health insurance, says Anneli Leina, We Effect’s Regional Director for Europe.

As in other European countries, the coronavirus hits the economies in this part of the region.

– It will hit the poor most, those who are already living on the margin. And it will be noticed quite soon, says Anneli Leina.

In Palestine, schools, shops and restaurants closed almost immediately. There are only a few reported cases of infection.

– It is too early to say how the farmer cooperatives we support will be financially affected by this. But those who are already vulnerable will be subjected to increasingly severe stress, says Anna Erlandsson, We Effect’s Country Manager in Palestine.

In many countries where We Effect operates, the authorities, just like in Sweden, encourage residents to work from home as much as possible. But not even in countries such as Kenya, where the IT infrastructure is relatively developed and stable, this is an opportunity for many. At We Effect’s Regional Office in Nairobi, We Effect is currently working to find a solution so that all employees will be able to stay connected from home in order to continue working.

– I am thinking of all the millions of women living in rural areas and informal settlements around the world. How will they cope with the Corona pandemic? They do not have the luxury of being able to work from home. Most of them are small business owners, work in the informal sector or are small scale farmers living from hand to mouth. They cannot voluntary quarantine. They cannot stock up with groceries from the shops. Crises like this really shed light on the inequality in the world, says Naomi Senda, Communication Officer at We Effect’s Regional Office in East Africa.

We Effect’s Head Office is working intensively to assess the situation in all countries of operation to get a grip on what impact the current corona crisis has at present and will have in the long term.

– We are still at an early stage of development, but we believe that many activities will not be able to implement as planned and will need to be replaced with an alternative. Working with mobilization and organizing without people being able to meet is difficult. At the same time, we are used to working in complex environments and challenges are a part of the everyday life for the people we work with. We will deal with this challenge, but it will require time, innovation and collaboration, says Anna Tibblin, We Effect’s Secretary General.