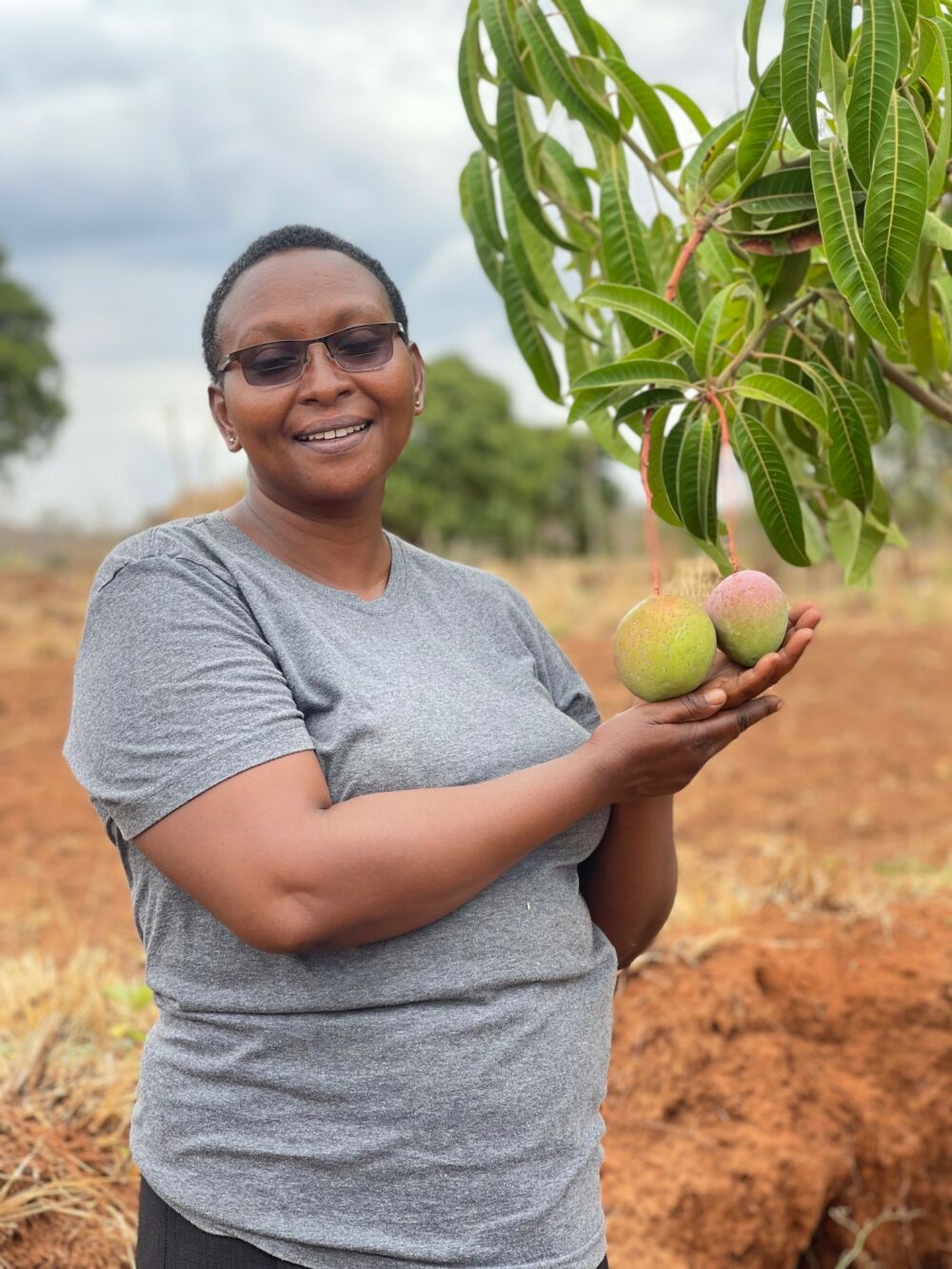 Jane Maweu a mango farmer in Makueni, Kenya ,one of the counties in Kenya hardest hit by climate change.

Reduced harvests and food shortages. Small-scale farmers in developing countries are hard hit by the climate crisis, but receive little or no support to deal with its effects. The most difficult situation is for women, shows the "Farmer Barometer" which We Effect releases together with Vi-skogen.

This summer, we sent out a survey to 38 organizations that bring together 3.4 million small-scale farmers in 20 countries in Africa, Asia and Latin America. The aim was to find out how small-scale farmers in countries with widespread poverty are affected by the climate crisis. The results are presented in the Farmers’ Barometer , which is released today ahead of the UN climate conference in Glasgow.

The report shows, among other things, that:

The organizations believe that it has become increasingly difficult to predict the rains and that farmers are experiencing increasingly long periods of drought and an increasing number of floods. Almost all (33 of 38 organizations) say that their members have or have had a shortage of food, even though they themselves are farmers.

Many of those who grow our food go to bed hungry every night. 75 percent of all people living in poverty live in rural areas and depend on agriculture to survive.
Anna Tibblin, Secretary General of We Effect and Vi-skogen

Most difficult for women
The organizations state that the farmers they represent have limited capacity to deal with the effects of climate change. The majority (25 out of 38) state that their organizations or members do not receive any climate support from the government in their respective countries. The majority also point out that women’s ability to cope with the effects of climate change affects their limited right to own and use land.

Sustainable agriculture a key measure
The organizations highlight a number of measures to deal with the effects of climate change. Among other things, to switch from conventional agriculture to tree farming (agroforestry) and other sustainable cultivation methods to protect the soil during floods and the opportunity to cultivate despite long periods of drought. Another important measure that was highlighted was savings and loan groups where farmers who are denied credit from banks can save together and borrow money from each other. This is a particularly important effort for women, who have the most difficulty borrowing money.