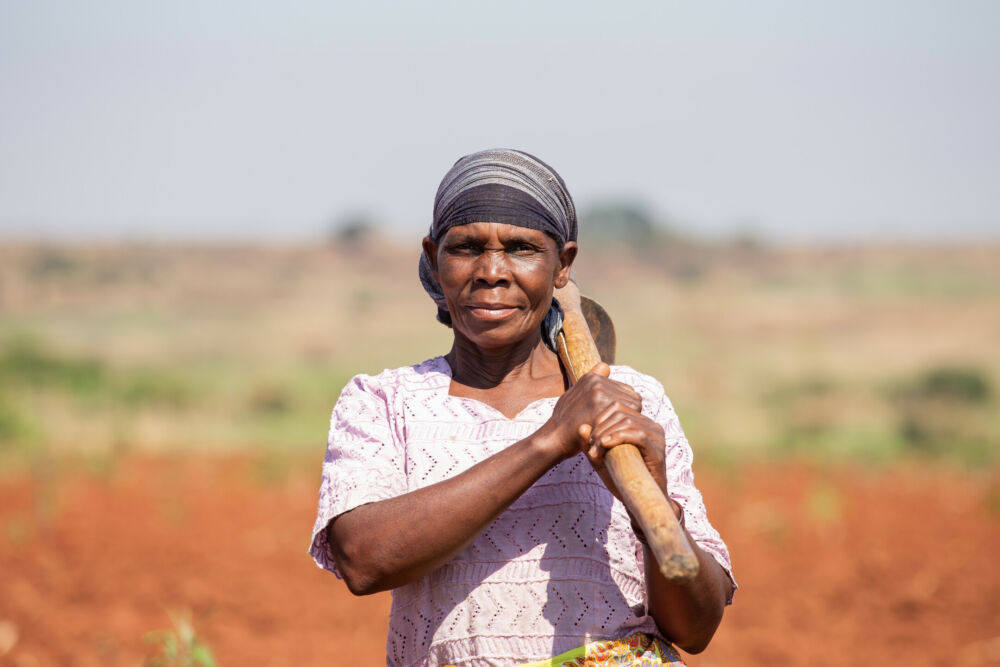 Farmer Jamia Salimo makes a living for herself, her husband and seven children on her farm in northern Mozambique. Photo: Edson Artur

Smallholder farmers are key for transforming our food systems, and ultimately achieve all the Sustainable Development Goals. But they don’t have the resources to do so, a new report from We Effect and Vi Agroforestry shows.

“Smallholder farmers around the world are key to fighting the covid, hunger and climate crisis – they deserve and need stronger support.” Anna Tibblin, Secretary General for We Effect and Vi Agroforestry said.

The report, which is published ahead of the historic UN Food Systems Summit on September 23, outlines that transforming how food is produced and consumed is essential for achieving the Sustainable Development Goals and recover from COVID-19.

The report “Fair Food for All” shows that governments need to increase long-term development funding to agriculture. Smallholder farmers, sustainable food production and gender equality should be integrated in all actions.

“Decision-makers need to recognize food for what it is: a human right. To demand their rights, smallholder farmers, especially women, need greater support to increase their production, transfer to sustainable agriculture and have access to markets” Anna Tibblin said.

The report also showcases that food prices and the low amount of self-sufficiency hinders development in many low-income countries. The report finds that people in Tanzania spend over 60 percent of their income on food; the corresponding figure for Sweden is 13 percent.

“The concentration of power in the food systems is among the largest in the world. 4–5 multinational companies dominate and have the power to control political processes and move production.

Ahead of the Food Systems Summit, We Effect and Vi Agroforestry joined forces to push Sweden as well as Tanzania, Mozambique, Zambia, Malawi and Sri Lanka to engage civil society in the summit and put the right to food at top of the agenda. In Tanzania, a large number of local farmers’, women’s and youth organizations gathered to communicate their positions to Tanzania’s government delegation to the summit.

In Sweden, We Effect och Vi Agroforestry have been very active in meetings and consultations prior to Food Systems Summit. Secretary General Anna Tibblin will take place in Sweden’s official delegation to the Summit.

Read the report “Fair Food for All” here.