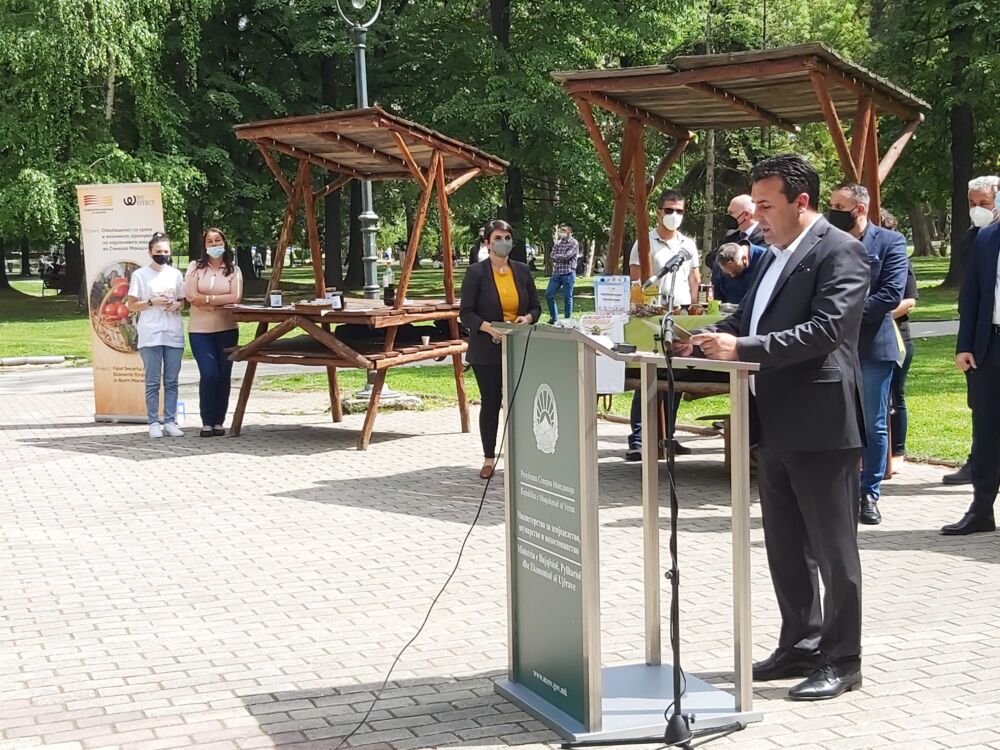 Prime Minister of the Republic of North Macedonia, Zoran Zaev, speaking at the event. Photo by Ljiljana Mitevska, We Effect.

The long-lasting advocacy battle of We Effect’s partner NFF for active support of a female member of an agricultural household in North Macedonia has resulted in full victory. Today, at a public ceremony attended by high political figures, the start of the realization of the so-called Measure 115 was marked, of awarding state grants of EUR 3000 to 250 rural women for direct investments in agriculture.

In the presence of the Prime Minister of the Republic of North Macedonia, Zoran Zaev, the Minister of Agriculture, Forestry and Water Economy, Arjanit Hoxha, the Director of the Agency for Financial Support in Agriculture and Rural Development, Nikica Bachovski, the President of our partner organisation the National Federation of Farmers – NFF, Vaska Mojsovska, and many representatives of the development sector in the country, the first 11, out of 250 rural women in total, received signed contracts for state grants.

This event marks the start of the realization of the Measure 115, the long-lasting advocacy battle of We Effect’s partner NFF for active support of a female member of an agricultural household in North Macedonia.

With We Effect’s support, our partner NFF managed to remove the discriminatory criteria in the measure, a victory won after lobbying in front of the UN Committee on the Elimination of Discrimination against Women (CEDAW) in Geneva in 2018. Subsequently NFF pushed for additional legislative changes and ensured that rural women can have access to state grants in the amount of EUR 3000 for direct investments in agriculture activities.

With this measure, through entrepreneurial activities the rural women will be able to develop their own agricultural business and thus ensure greater income for their families, but more importantly economic independence for themselves.

By supporting our partner organization NFF, we are working on bringing the much-needed changes on the ground where it matters the most – among the rural population and especially among the rural women. Empowering rural women is key not only to the well-being of their families and rural communities, but also for the overall economic growth, given that women have a large share in the agricultural workforce of North Macedonia where one third of the population works in agriculture.