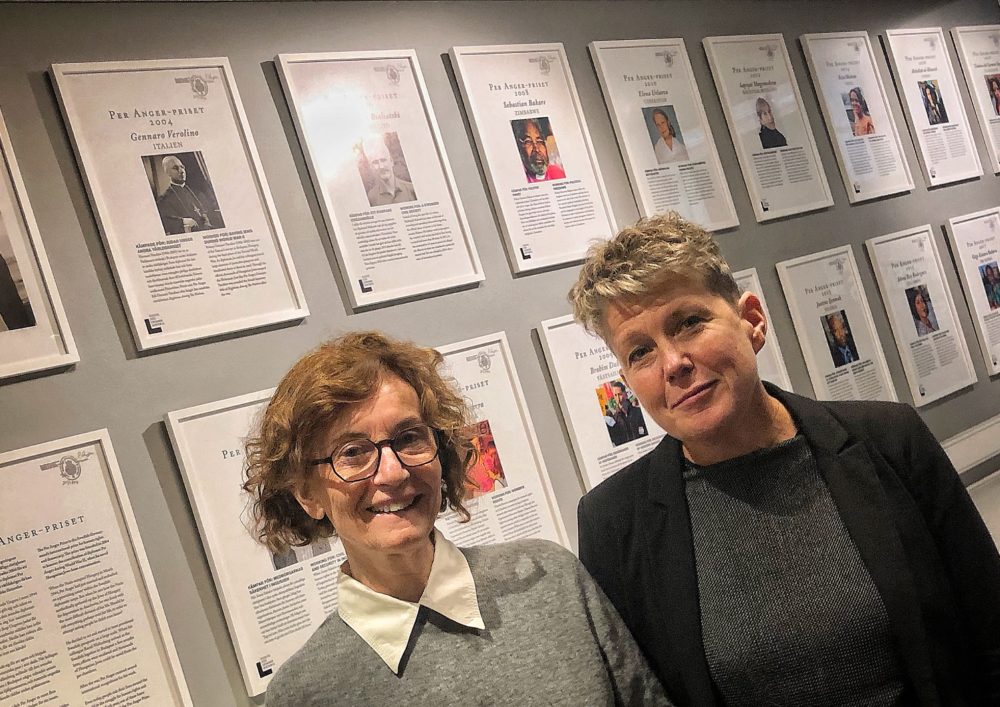 Ingrid Lomfors, Senior Superintendent of the Forum for Living History and chairman of the jury for the Per Anger Prize along with Anna Tibblin, Secretary General of We Effect.

We Effect has been named a new nomination organization for the Per Anger Prize - the Swedish government's prize for democracy promotion and humanitarian efforts.

“We are very pleased that We Effect will be participating in nominating future Per Anger award winners, along with nine other organizations. With their long and broad experience of poverty reduction and environmental issues, they add new perspectives to the nomination process. With the award, we want to show people that it is possible to make a difference” says Ingrid Lomfors, superintendent of the Forum for Living History and jury chair for the Per Anger Prize.

“The gaps are growing and cynicism is spreading throughout the world. Now more than ever, we need to fight together for everyone’s equal rights. We are honored to be part in awarding the Per Anger Prize to highlight the importance of democracy and human rights” says Anna Tibblin, Secretary General of We Effect.

The Per Anger Prize is an international award established in 2004 by the Swedish government. It is awarded annually to someone who has made great humanitarian and democracy-promoting efforts. Living History Forum organizes the work on the prize.

The award is named after Per Anger, who was secretary of the Swedish legation in Budapest. He took the initiative in Sweden’s  efforts to save as many people as possible from persecution and executions in Nazi-occupied Hungary during the Second World War.

Read more about the Per Anger Prize here: https://www.levandehistoria.se/perangerpriset