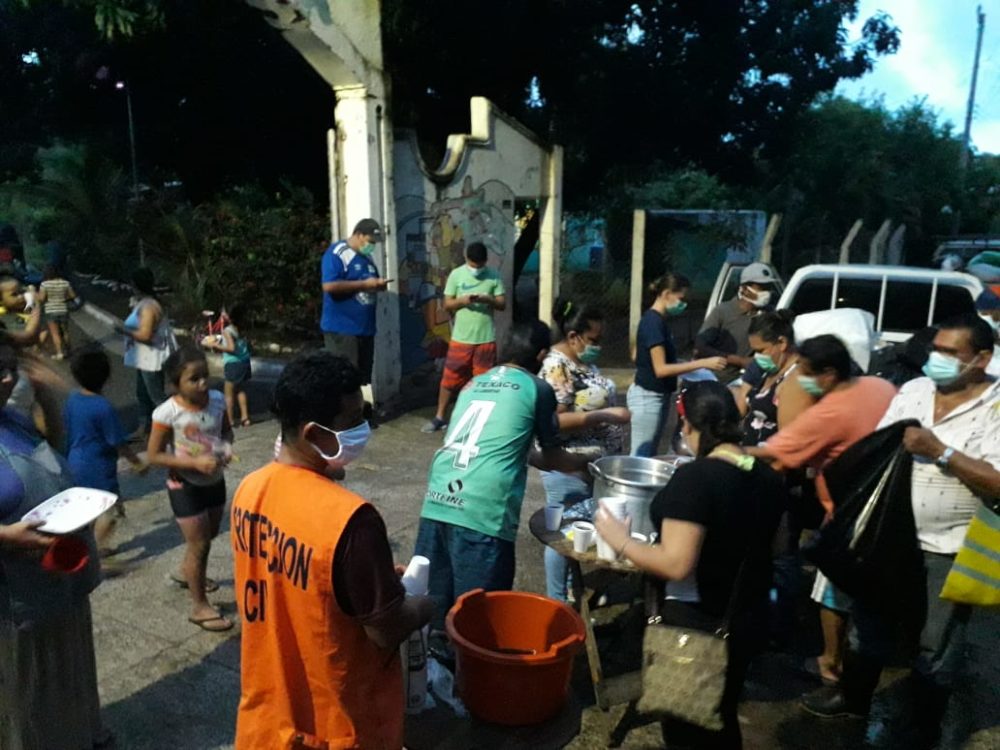 In the cooperative 13 de Enero in El Salvador, the population have organized to help those affected by the heavy rainfall.

The storm season has started in Central America in midst of the corona pandemic. Several people have died due to the heavy rains and vital crops have been destroyed. We Effect is now making special aid efforts for the affected people in El Salvador.

– Those who are worst affected belong to the already vulnerable population with small margins to face a new crisis, says Pia Stavås Meier, We Effect’s Regional Director for Latin America.

Landslides and floods, collapsed roads, power outages, water shortages and destroyed houses are reported from Honduras, Guatemala and El Salvador. In El Salvador, the country hit the worst, the storms have left at least 30 people dead and more than 13,600 in public shelters.

The weather is also affecting the already precarious food situation in the country. According to Mario Guevara of ACUDESBAL, one of We Effect’s partner organizations in the country, the damage to the crops for the population of the Bajo Lempa region is irreversible.

– In a first study we did, it was found that there is significant damage in the maize crops. Many families had already started with the first sow and because the rain caused the crops to flood for more than 6 days all crops have been lost.

The heavy rains occur in the midst of the COVID-19 pandemic, which has highlighted the great vulnerability of the majority of the Central American population living off the informal sector.

– We have given clothes to families in the surrounding villages and started a shelter for ten people in the cooperative’s community hall. These are people who have lost everything; their houses, clothes and crops are gone.

Wilberto Rosales is also a member of a housing cooperative in El Salvador.

– We have now been in quarantine for almost 80 days, and the support from the authorities to the vulnerable has been very limited. The cooperative sector has succeeded in securing food donations to the residents of the housing cooperatives and the populations now affected by the storms, but alone we do not reach all families in need of assistance.

We Effect has decided to support partners in El Salvador with a donation of SEK 300,000 in order to assist people affected by the tropical storm Amanda.