We Effect raises its voice for rural and minority women 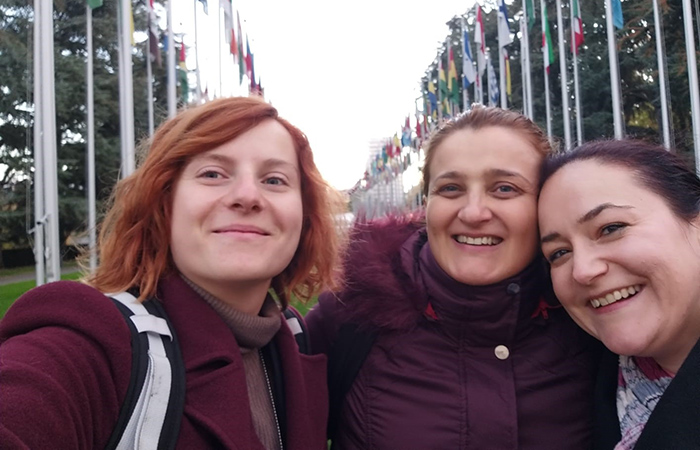 We Effect Europe Region and partners from Macedonia are in Geneva, raising their voice for rural and minority women at the United Nations Committee on the Elimination of Discrimination against Women (CEDAW).

– Women in rural areas are invisible and marginalized. There is an unequal distribution of income and resources, and deprivation of land rights, said Biljana Petrovska from National Federation of Farmers in Macedonia in her statement to the committee.

Katerina Shojik from National Roma Centrum, Macedonia, agrees and refers to the CEDAW Shadow Report, drafted by her organization.

– Violence against Roma women in the community is present, but women are not encouraged and informed to seek assistance and legal protection and are subjected to various forms of discrimination that keeps them on the margins of the society.

As partners to We Effect, both organisations work towards the empowerment of rural and minority women, to ensure women can take up leadership positions and advance their socio-economic rights.

– Biljana and Katerina are leaders themselves and are making sure their voice is heard in Geneva and for the CEDAW Committee. It is an exciting opportunity to make a difference and ensure rural and minority women are represented, says We Effect Regional Gender Advisor, Neda Chalovska Dimovska.

The Convention on the Elimination of All Forms of Discrimination against Women was adopted by the General Assembly of the United Nations in 1979. The committee is composed of 23 experts on women’s issues from around the world and meets every fourth year.

NGOs from Macedonia addressed statements to the Committee on October 29th and representatives of the Government of the Republic of Macedonia on November 1st.