Standing up for women land rights 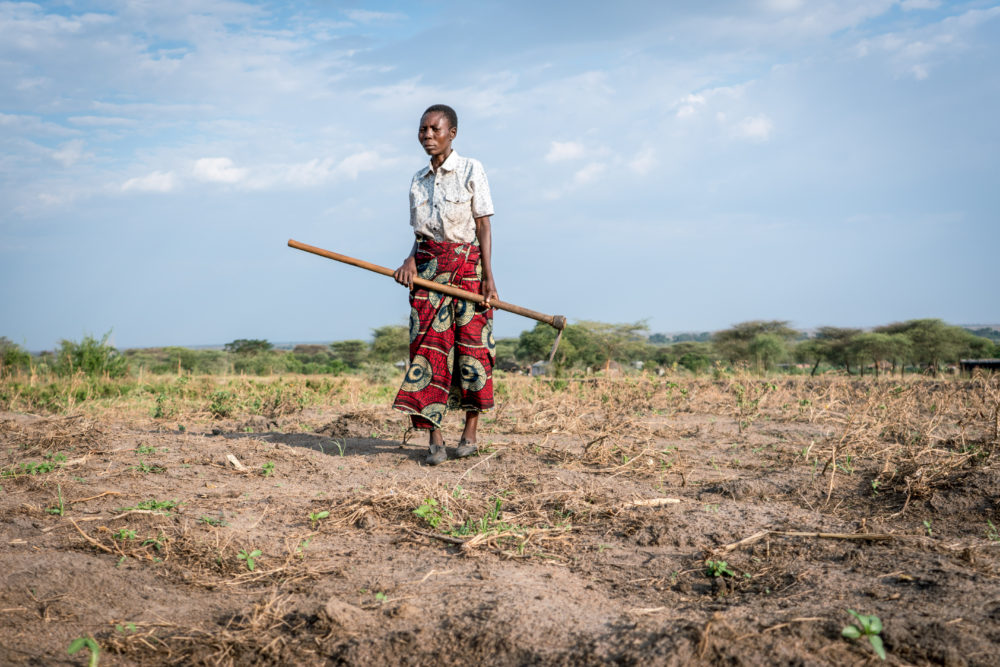 "Stand for her land”. That is the message for a new global campaign that We Effect now joins.     - The campaign aims to close the gap between policy and practice, enabling women around the world to realize their land rights, says Naseku Kisambu, Country Liaison Officer, for We Effect in Tanzania.

In Tanzania, like many other countries, the agricultural sector is dominated by women who actively engage in agricultural activities. Despite being the main land users and producers, women have less access, control, and ownership of this key resource, and their land rights are less secure.

The campaign “Stand For Her Land” will promote and protect inclusive secure land tenure and create enabling environment so that all Tanzanian women can access, own, control, inherit, use, make decisions and benefit from land and its produce by 2030.

– This includes promoting both individual and joint matrimonial ownership of land and property rights as well as protecting women’s land rights in communally-owned land among pastoralist populations, says Naseku Kisambu.

We Effect views land as a critical resource for fostering gender equality. For We Effect East Africa, land is a mandatory component in the organisation’s two programs. We Effect’s partner organisations have also identified land rights as an advocacy issue that we need to pursue in the three east African countries.

– Partners are trained on integration of land rights issues in their projects to ensure that we promote equal rights and opportunities for men and women to own and control land, says Naseku Kisambu.

The campaign’s global Launch was held on 25th March at the World Bank Land and Poverty Conference 2019 in Washington DC. The core partner founding members include Landesa (Secretariat), The Global Land Tool Network Partners, Habitat for Humanity, the Huairou Commission, and the World Bank.  These core partners provide resources, tools, and support to national and local advocacy in focal countries, where coalitions of local and national-level actors will be driving change on the ground.

Tanzania was selected to be a role model and pilot country of the Stand for Her Land campaign at the country level. Currently, there are 25 civil society organisations as members of the Task Force chaired by Tanzania Women Lawyers Association (TAWLA).

– We have progressive laws on land in Tanzania, but they don’t reach the local communities. We want to make the governments accountable and also amplify local by-laws to engage the communities. They all have different issues, says Tike Mwambipile, TAWLA’s Executive Director, Gender and Women’ land rights specialist.

Further reading:
According to the Tanzania’s draft Review of National Land Policy (2017) only 15% of Tanzanian land is titled, which contributes to high insecurity, loss of rights, constraint to investment and indorses land conflicts.

We Effect takes cognizance of the fact that Tanzania has a legal framework that guarantees women land rights. But we are also cognizant of the fact that there is a big gap between the law and practice.

The Tanzania national bureau of statistics, women and men facts and figures 2018, indicates that women have 9% ownership of land. Under the experience of We Effect parallel support to the Land tenure Support Program, in Kilombero, Malinyi and Ulanga Districts, the baseline survey conducted by the national Bureau of statistics at the beginning of the program showed that only 9% of women had sole ownership in the program areas.  The review done by Danida in 2018 indicates an increase to 24% ownership by women and the 2019 review of the certificates of customary right of occupancy (CCROs) issued show that 32% of land parcels are owned by women on their individual capacity and 21% jointly owned with their husbands.

We Effect and the local partner organisation TAWLA did intensive community awareness on women land rights and formulated gender sensitive village bylaws to promote women land rights and participation in decision making processes. This project was supported by the embassy of Sweden Dar es Salaam and covered 60 villages.

The experiences from this project and other ongoing efforts with our partners, make the organisation’s strategic ambitions relevant to the campaign. We Effect joins in strongly and contributes technically to strategic goal one which is to Address cultural norms to overcome societal barriers that prevent women to realize and claim their land rights whether through individual or joint matrimonial ownership, or through protected equal rights to communally owned land in pastoralist communities.