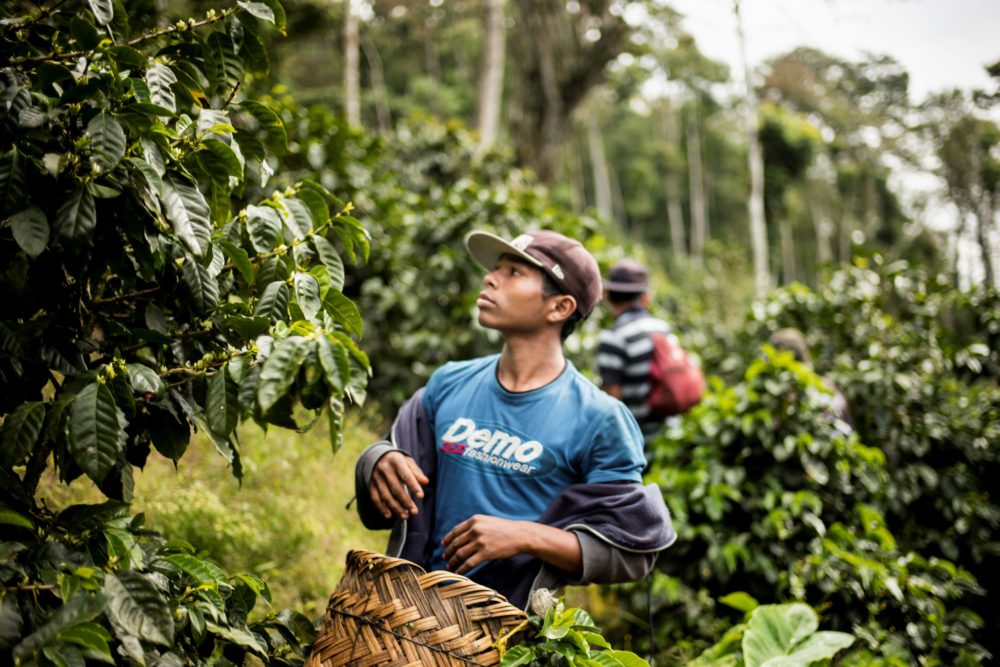 The Corona crisis has hit small-scale farmers around the world and threatens to lead to immediate famine for 130 million people according to the UN. We must work for a sustainable food supply for everyone, say representatives of We Effect, The Federation of Swedish Farmers (LRF), Lantmännen and Stockholm Consumer Cooperative Society .

The corona crisis clearly shows that food security is an issue without borders. In early April, Colombia’s coffee farmers warned that the curfew prevented them from harvesting this year’s coffee beans. Colombia is the world’s third largest coffee exporter, and the crisis could lead to a shortage of coffee and to higher prices. For the coffee farmers it is an impending disaster. Missing out on a single harvest can lead to hunger for many families.

From the thousands of farmer cooperatives that We Effect works with in the world, we hear that the prices of basic food, such as maize, have increased tenfold in some places. In Kenya, the coffee mills have stopped, in Guatemala the next season of garden produce is threatened by a lack of imported fertilizers, and in Vietnam bulk buying from small-scale farmers have almost stopped.

Sweden’s farmers and consumers are also affected. The National Institute of Economic Research forecasts that the prices of fruits and vegetables can triple in the wake of the corona crisis. Although seasonal workers are exempt from the temporary entry ban, horticulturists are worried that they will not be able to handle the entire harvest this year.

We need to increase the degree of safe and sustainable food supplies for everyone. This leads to greater security for people in Sweden, the Philippines, in Mozambique and Guatemala. Increased self-sufficiency contributes to reduced global hunger, reduced poverty, increased justice and sustainable development.

Sweden should promote equitable and sustainable agriculture in the world. In 2019, almost 5 per cent of Sweden’s aid went to agriculture, and of this only 7 per cent went to food production. Can we do more than that?

Swedish food producers must take their share of responsibility for global food security and for us to reach the Sustainable Development Goals by 2030. They can do this through sustainable investment and by not cooperating with producers that engage in large-scale exploitation of land and natural resources. Swedish consumers should demand that food companies review their suppliers with regards to the environment, sustainability and human rights. Together we can work for a world after the corona crisis where no one must worry if there is enough food for the day.