Home / News / Win for women’s right to land in Zambia

Win for women’s right to land in Zambia 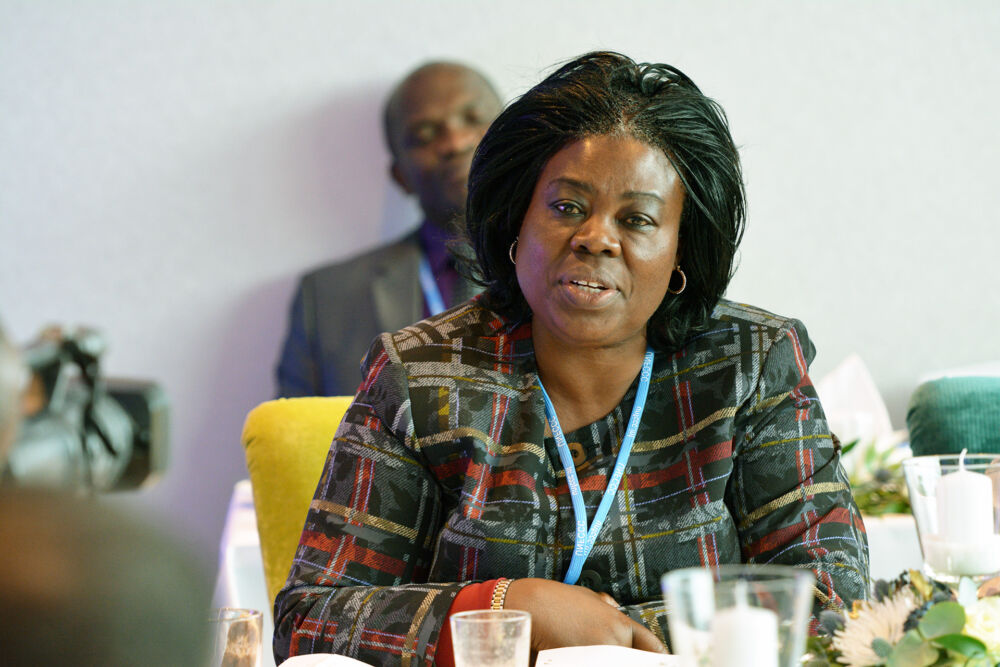 Jean-Kapata, Minister of Lands and Natural Resources in Zambia.

Zambia has launched a new policy that increases security of land tenure for all Zambians and especially women, youth and people with disabilities. We Effect and its partners have worked for years advocating for policy, that speaks to the challenges affecting rural farmers.

The policy was launched by Minister of Lands and Natural Resources, Jean Kapata.

“The policy provides for the administration and management of the land resource for the benefit of present and future generations” she said.

The policy measure, allocating 50% of land to women, is in line with the Southern African Development Community (SADC) Protocol on Gender and Development, ratified by the Zambian government.

This policy success was achieved through the work of three key We Effect partners, the Non-Governmental Gender Organisations Coordinating Council (NGOCC), the Civic Forum on Housing and Habitat Zambia (CFHHZ), and the Zambia Land Alliance (ZLA).

Together with other civil society organisations and with the support of multiple donors, Zambia’s new National Land Policy is a testament to the importance of sustained advocacy, community sensitisation and collaboration to achieve development and policy objectives – all key We Effect values.

Other specific policy measures that reflect key advocacy messages by We Effect and partners include:

In order for the new National Lands Policy to be effectively implemented, the next step for We Effect and partners is continued advocacy efforts to ensure that about 22 land-related laws are amended to align them with the policy.

Commenting on the milestone policy and what it represents for We Effect and partners, We Effect Zambia Country Representative, Faides TembaTemba Nsofu said

“The essence of policy or strategy is choosing what not to do and what to do best. I believe with this new policy that has been launched, as We Effect, our commitment to supporting the implementation of the integrated land policy in ways that protects and benefits women begins today.”

From idea to policy – moving on to new law
The Non-Governmental Gender Organisations Coordinating Council (NGOCC) has been working on land advocacy since 1985. As a gender-focused organisation, NGOCC’s position has been that women’s land ownership and control is critical towards women’s empowerment – a position that is shared by We Effect.

With support from We Effect and other donors (including GIZ, Oxfam, Royal Norwegian Embassy, and Swedish Embassy), NGOCC developed a position paper in January 2018 outlining its position on the draft land policy. Using the position document, NGOCC engaged various stakeholders on the land policy, including government (through the Ministry of Lands), communities, and traditional leaders.

Working with other like-minded organisations such as Transparency International Zambia, NGOCC created social accountability land acts and was able to use the pacts to popularise its position paper on the draft land policy.

NGOCC’s focus is to enhance women’s access and control of land. While NGOCC and partners are still undertaking a comprehensive review of the recently launched policy, it is evident that the policy does recognise that land administration does not equitably promote gender in land ownership and that women’s rights to land ownership are being infringed upon – a definite success resulting from the organisation’s advocacy efforts.

Civic Forum on Housing and Habitat Zambia (CFHHZ) and its members began campaigning for the development of a land policy in 2011. This emerged from numerous displacements owing to large land investments and absence of laws and procedures for adequate compensation of displaced victims.

CFHHZ worked with several of its member organisations such as Zambia Land Alliance (ZLA), Copperbelt Indigenous Peoples Land Rights Network (CIPLRN), and various housing cooperatives. To support the work, ZLA produced Study Circles materials that informed citizens on avenues they could employ to access secure land tenure and provided steps on how to effectively engage their civic leaders and traditional leaders on land rights and access. These initiatives increased knowledge and uptake on land rights with many communities that CFHHZ reached out to actively participating in areas where they felt their land rights were violated.

CFHHZ also conducted surveys research into land access and effects of large-scale investments on the right to land and natural resources. These research findings were shared during stakeholder meetings and revealed the levels of land deprivation and gaps in the legal framework regarding reparation and restitution that required a comprehensive policy that was supported by legislation.

CFHHZ’s advocacy interventions also focused on promotion of land rights for women, youths, and people living with disabilities (PLWDs). The 2015 Zambia Living Conditions and Monitoring Survey reports that poverty rates in rural Zambia are consistently above 75%, higher than the national average of 54%. Similarly, poverty rates in female headed households are higher than in male headed households. This situation is exacerbated in rural areas where We Effect and partners are working.

Zambia’s population is predominantly young people with most youths unable to access to employment or land, which is a major resource for production. PLWDs are most excluded from the development agenda due to several systemic gaps including policies and practices that place them on the periphery of development, perpetuating their poverty cycle.

Zambia Land Alliance (ZLA), being the primary land focused CSO (Civil Society Organisation) in Zambia, led other CSOs in producing a Shadow Land Policy that was used as an advocacy tool. ZLA will soon be convening other CSOs to review the new National Land Policy to see which of their submissions were adopted. The organisation will also continue with its advocacy for legislation on the provisions in the newly launched land policy.

ZLA Executive Director Patrick Musole said, “We thank We Effect for the patience and support through this long journey. Our efforts have finally paid off; although we are also aware that the journey is not over yet until we see the policy provisions translated into law, operationalised, implemented, and Zambians enjoying the benefits”.

Some of the proposed activities submitted by civil society organisations to the land policy implementation framework working committee at the Ministry of Lands and Natural Resources include: