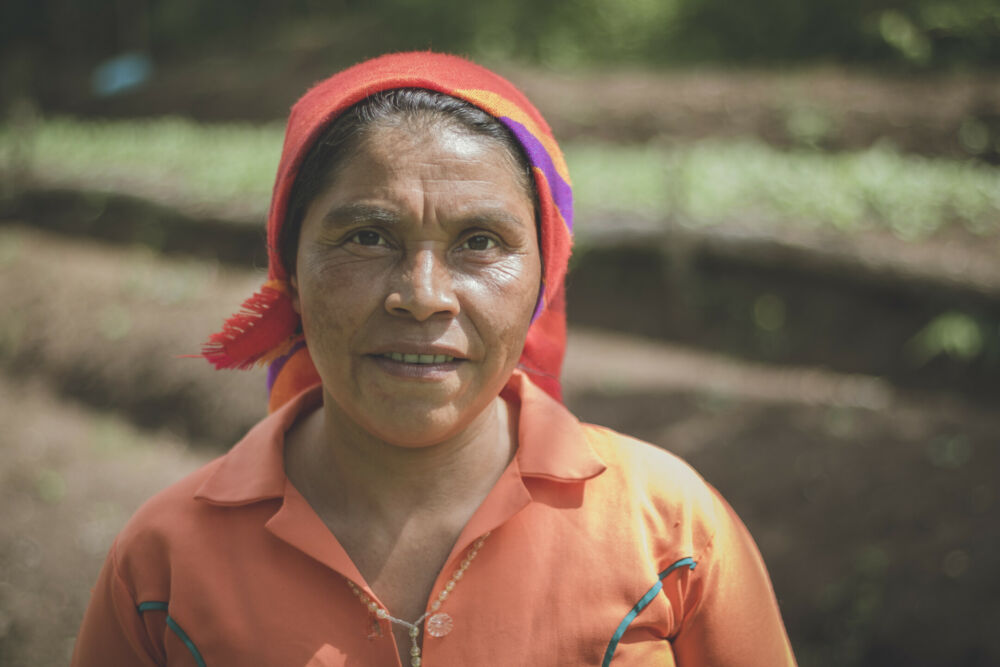 Inocencia Cantarero is one of the people receiving support through We Effect's partner organisation Copinh in Honduras. Photo: Philip Krook

Large parts of the aid cuts Sweden's government decided on in April have now been paid back. "A positive step but worrying when politicians make quick decisions that affect people living in poverty", says We Effect's secretary general Anna Tibblin.

In April, the Swedish government made the unfortunate decision to make the largest cut ever, 9,2 billion SEK, in the Swedish Development Cooperation budget for 2022 to cover for costs for refugees fleeing the war in Ukraine to Sweden. Together with other planned cuts, the total was a whopping 10.3 billion, or approximately one fifth of the aid budget for 2022.

The initiative spread and a range of civil society organisations joined the campaign.

We directly saw the severe consequences of the budget cuts, which were made at a time when hunger is increasing more than ever before.

Since then, the Swedish government has made changes to its decision in stages.

In June, 1,3 billion was “paid back”, including the support to civil society organisations such as We Effect.

In August, further limits of 2.9 billion were lifted by the government and now repaid a total of 4,2 billion SEK out of the 9,2 billion cut has been repaid.

“We directly saw the severe consequences of the budget cuts, which were made at a time when hunger is increasing more than ever before. In the letters to the Swedish government, our partners testified about the direct consequences the cuts had for people living in poverty”, says Anna Tibblin, secretary general for We Effect.

For We Effect’s partner organisations, the cuts led to work related to gender equality, support to people affected by drought and climate change, and projects to refurbish people’s homes was put on hold or stopped.

“The sudden billion-dollar cuts naturally left its mark on the work that we do. Now we just hope that Sweden will learn from this and continue to give 1 percent of GNI to international development cooperation. It is needed more than ever,” says Tibblin.

Read the response from the Ministry of Foreign Affairs here.