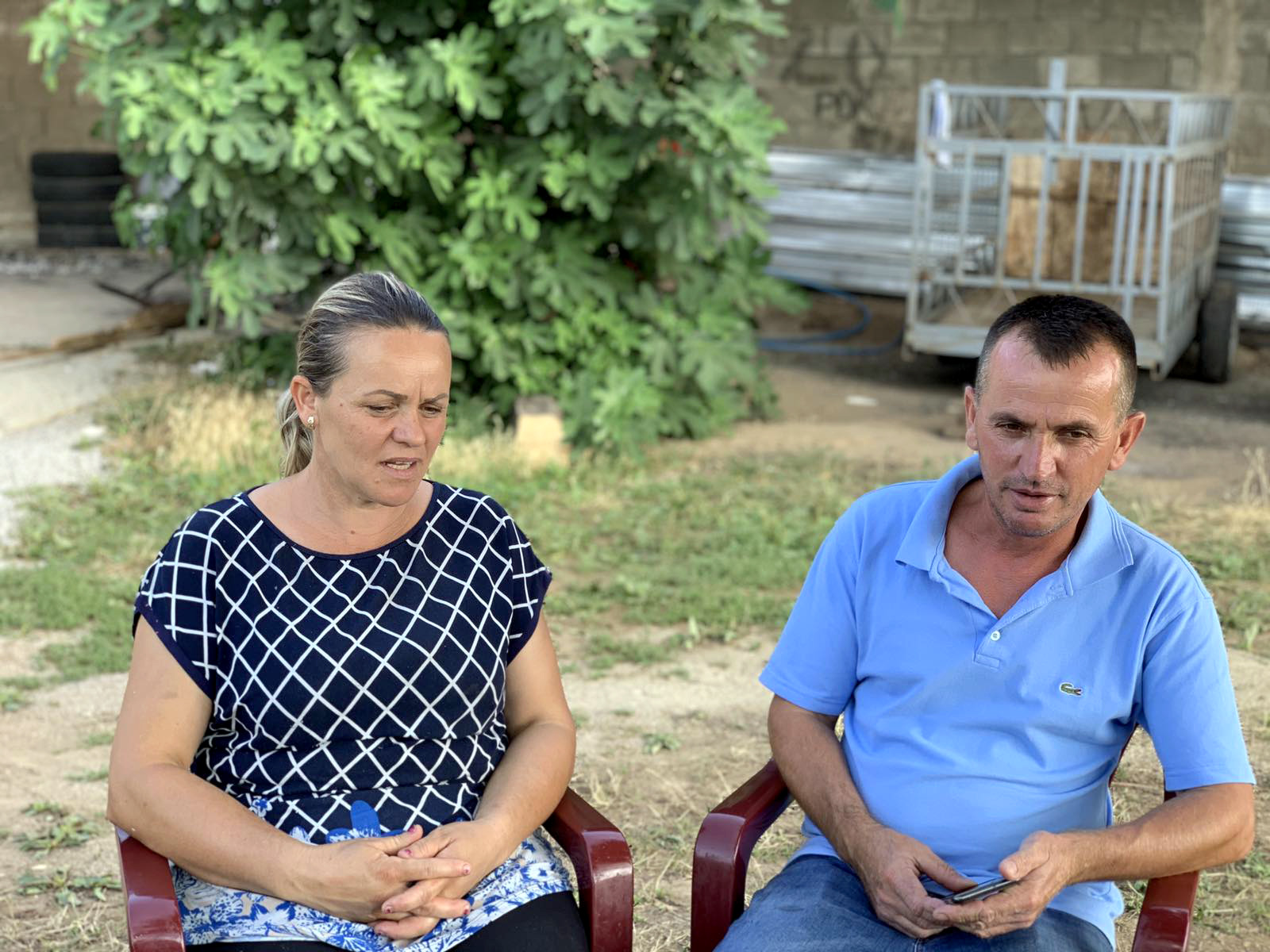 Ljiljana Mitevska
Living was never easy in Kosovo, one of the poorest countries in Europe where only a handful of women are involved in running an agri-business. Yet faced with financial hardships, Ganimete Vata needed to earn a living. She tried her hand at dairy farming, diversifying her production to suit the tastes of even most picky customers.

A battle for survival – this is how Ganimete describes the initial motivation for starting the dairy business.

“In 2007, when we started farming, my husband was ill and he could not work, while I only did housework. We come up with the idea to sell milk in order to ensure our survival. With 3000 euros borrowed from a relative of ours, we bought 3 cows. I took care of the cows and sold the milk in the village. Today we have 39 cows,” says Ganimete describing her modest beginning.

She lives in the village of Samadraxha, Municipality of Suhareka, in a family house together with her husband Jahir, her three children – two girls and a boy, and her mother-in-law.

“Initially, my husband and I took care of the farm and now also our children are of great help to us, especially our son, Endrit,” says Ganimete.

But running a dairy farm and working with livestock is truly a demanding task. “My day usually starts at 5 o’clock early in the morning, when together with my husband we feed the livestock, milk the cows, distribute the milk, and then return home to prepare breakfast for the family. Around noon I continue with housework and cheese making, and in the afternoon again we are feeding the livestock and tending to their needs,” says Ganimete.

Despite of the hard and tiresome work, Ganimete is not complaining. She is happy to see the fruits of her labor available in abundance for her family.

“When we gather in the evening, we are very happy that our table is full of products and bio-products that we produce ourselves,” says Ganimete.

But the dairy products are not the only thing that Ganimete produces. A few years back she stared a small beekeeping project that has now grown significantly. She currently has 29 beehives in total, producing plenty of honey to satisfy her own and her local customers’ needs.

However, the diversification of her business didn’t stop there. In her palette of products for the local population, Ganimete now also offers readymade traditional pastries.

“Last year I started to cook and sell traditional foods such as ’flia’ and ’baklava’,” Ganimete says proudly.

Her specialty, however, are her gourmet cheeses with nuts, red pepper and plain white cheese. “Our first customers were so satisfied, that they immediately recommended it to their relatives. That’s how now we have a larger number of customers,” she says.

Additional special feature of these cheeses is that they are produced without lacto-ferments. Ganimete admits that the production of these cheeses came as a result of a training that both her and her husband attended which enabled them to be certified for this type of production.

As members of We Effect’s partner organization in Kosovo, the Network of Organisations for Rural Development in Kosovo (NORDK), they receive trainings and attend regular meetings with other women and farmers from other municipalities and localities.

“This has enabled me to exchange contacts with other women farmers, to have small collaborations, and also to share our experiences from our daily life. During this period, it was important to us that through the Network and We Effect, our voice was heard, even in a situation of a pandemic,” says Ganimete.

She considers herself lucky that the Covid-19 pandemic didn’t drastically affect her family’s production. “But now I am afraid of the rise of fertilizer prices for wheat and fodder,” she says. “Perhaps we will have to reduce the amount of planting.”

In terms of general farm work, she finds that the greatest difficulty for the Kosovo farmers is the lack of agricultural mechanization.

“We have to do a lot of hard physical work ourselves,” she says, which greatly contributes to faster physical fatigue and reduced productivity at work.

On top of it, the situation is even more difficult for the women. Apart from the increased workload during the pandemic, both in the house and in the fields, they are facing traditional and patriarchal norms that pose many challenges for them.

In this context, Ganimete recalls that her beginnings as a businesswoman were especially tough.

“The community saw me differently in the sense that I was a woman and thought I was not able to do my job properly. Also, when I tried to inquire about some funding opportunities, the local institution at that time didn’t host me well,” she says.

Still, due to her diligent work she instantly received great support from her customers. “When I would come to deliver the milk, they would always encourage me and tell me not to give up.”

Ganimete says that she wouldn’t have made it without the support from her husband Jahir. “I can say that he is the reason for my success,” she says, pointing out that she is lucky to be part of a family that is very open and that discusses things together.

“With the utmost sincerity I say that when it comes to decision-making, I often am the one having that responsibility. My husband even jokingly says to me: ‘It suits you a lot’,” Ganimete laughs.

However, she is very much aware of the conservative practices that still take place in the rural areas. In the villages women are being deprived of opportunities and of the possibility for their voices to be heard in their community.

Ganimete says that she would like to see a change in terms of removing the prejudices in the community. “Women are able to achieve whatever they want and work for. Willpower and moral support are sufficient,” she says.

According to recent statistics, in Kosovo only one in eight women has a job. Many women live in the rural areas but only 1.8 percent of working women work in the agriculture sector.

Ganimete’s example shows that when given the right opportunities, rural women can be a transformational and inspiring force, not just for their families but also for their community.

Kosovo remains one of the poorest countries in Europe, with as much as 45% of the population living below the official poverty line, and 17% being extremely poor, according to World Bank data. Kosovo’s economy is highly dependent on agriculture and related industries, which are estimated to be the biggest sector of the economy. Agriculture accounts for more than 13 percent of Kosovo’s GDP and employs nearly one-third of its population.