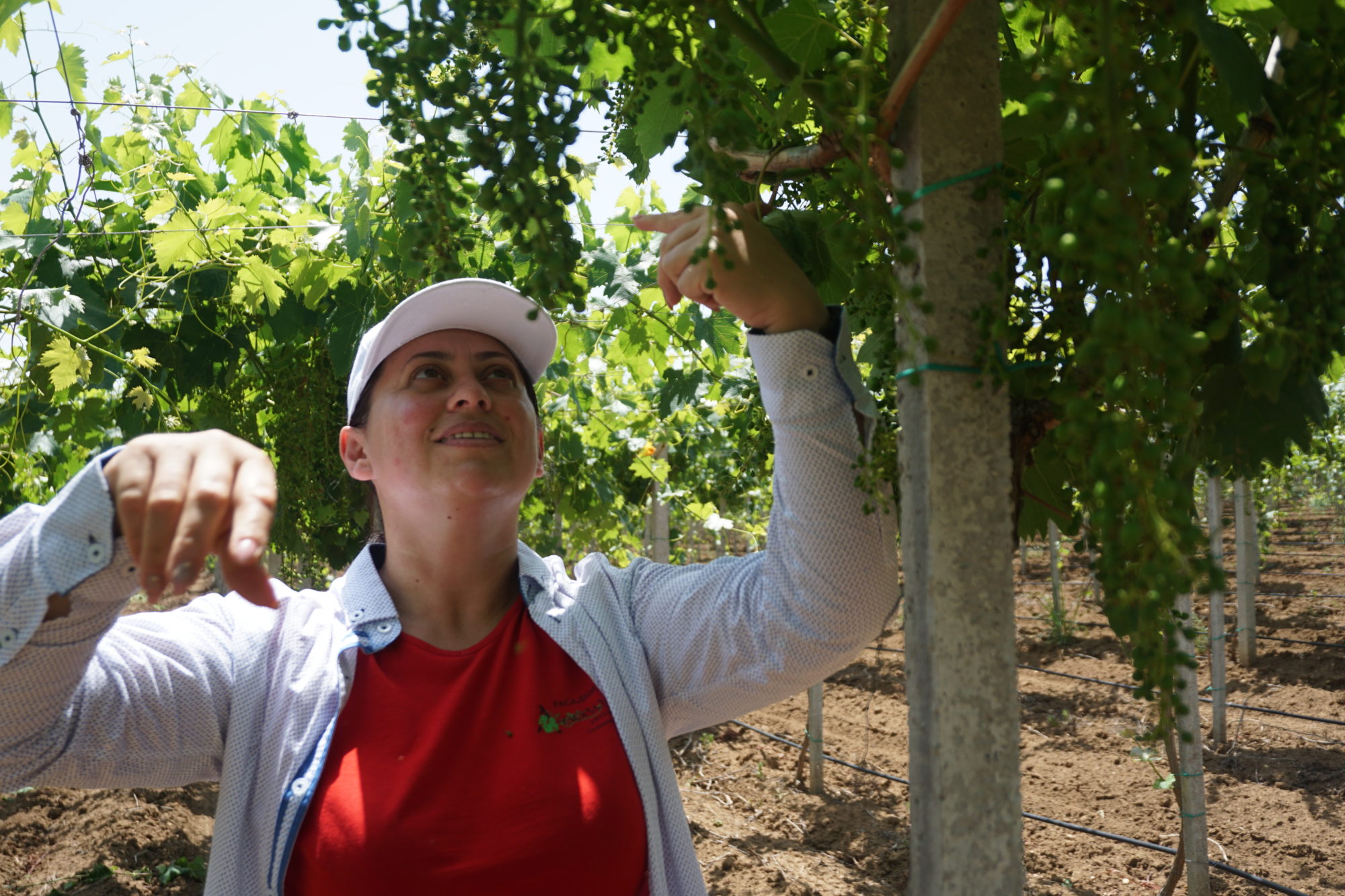 Malin von Strauss
For 20 years, Vaska Mojsovska has built up her farm, based on hard work and smart investments. Today she is also the President of National Federations of Farmers in North Macedonia – the first female President in the history of the organization.

It is easy to see why Vaska Mojsovska has succeeded. She speaks emphatically when telling her story, at the same time moving around on the field where she grows grapes. The sun is burning over the village Timjanik, but both hands and mouth move fast.

– In the beginning it was tough. For many years we struggled. We were young and had toddlers, but we were certain that we could make our farm grow and we knew that we wanted to give our children an education. While we were working in the field, I also studied to become a teacher, says Vaska.

Vaska and her husband met young and quickly got two children. In 1997, the couple got a small piece of land where they could grow grapes from Vaskas father-in-law. A couple of years later, Vaska persuaded the two men that the land deed should be in her name, so that she could get bank loans and make investments in agriculture.

– I think my father-in-law realised my business potential quickly, Vaska laughs. My husband too. I am one of the happy women in North Macedonia, gender equality is fundamental to our family. My father-in-law taught me to drive a tractor before I could even drive a car.

Over the years, the family saved in on everything they could and did all the work themselves. What they got back was invested in more land to be able to expand further.

– Our children grew up on the field and soon they were able to start helping out as well, says Vaska.

Since 2005, Vaska has been a member of We Effect’s partner organisation National Federation of Farmers. Through the organisation she has received training in sustainable agriculture methods and water irrigation systems. She has also received support in networking and has gained opportunities to share experiences with other farmers in the region.

With her new knowledge, Vaska were eventually able to start her own nursery for seedlings, which she currently sells across the country.

– It was our great success. We invested a lot, but have received even more back.

Today Vaska and her husband run a large farm, exporting grapes in the Balkans area and the two grown up children go to university, studying agriculture.

– We wanted to create something of our own and be able to leave something behind. It didn’t happen overnight. But 20 years ago, I had never been able to dream about this.

It was also her experience in agriculture that made her elected President of National Federation of Farmers, Vaska believes. The first woman on the position in the organisation’s 15-year history.

– It feels great to have the opportunity to help others who are struggling with similar challenges that I have worked through myself.

But being a woman on a leadership position is not always easy.

– Some are hesitant about a woman at this post. But my positive attitude and persistence have made me succeed and I try to be a role model for other women, she says.