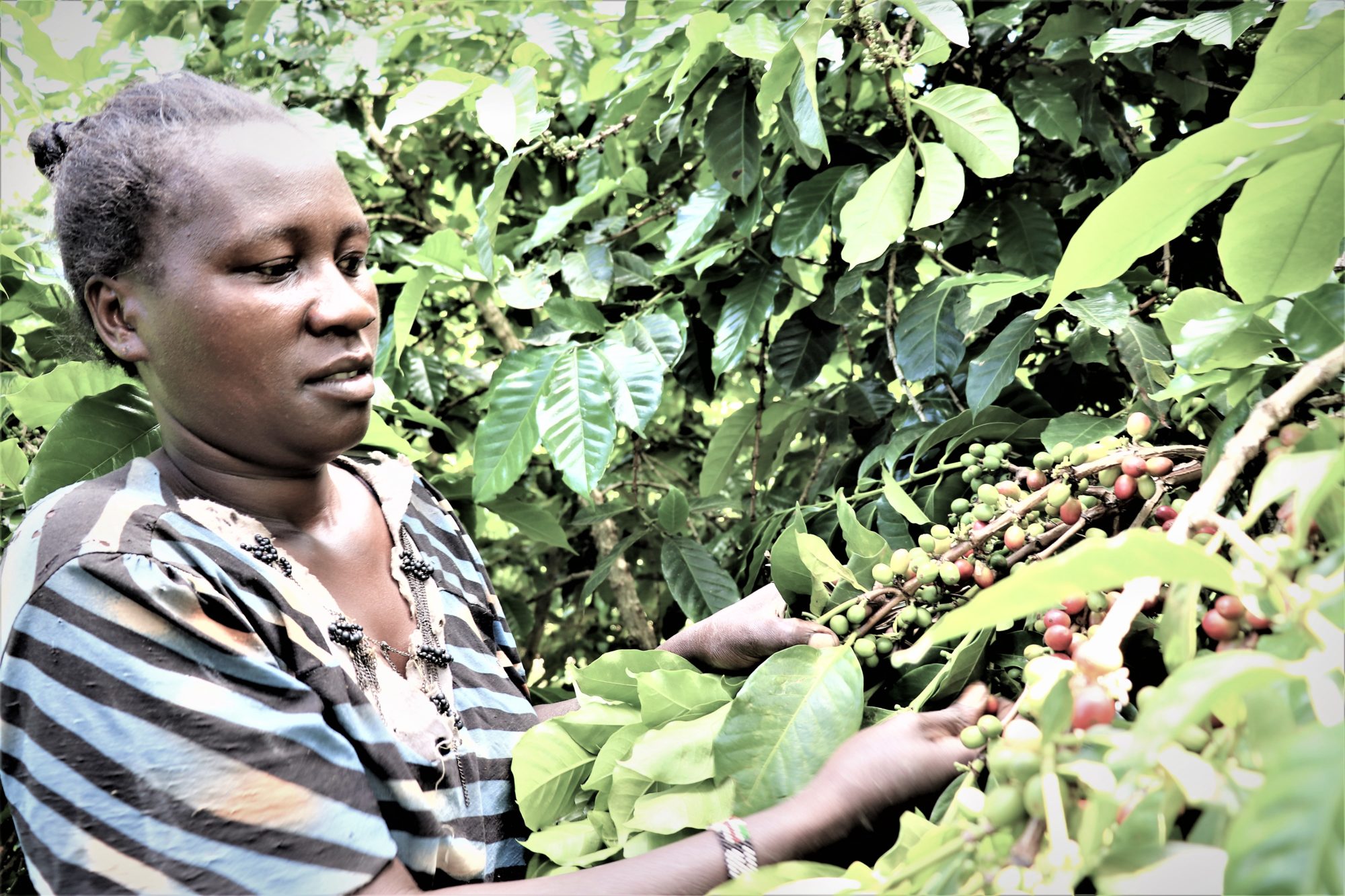 Mårten Wallendahl
Coffee at western cafés have never been more expensive. While coffee farmers are paid a small fraction of the world´s second largest commodity. This can be changed thought teaching farmers about value addition and creating an internal market for the east African coffee.

Entering the compound of Meru central coffee co–operative union, it´s easy to guess what is going on here. The smell of fresh roasted coffee is spread widely, inviting visitor to the newly built roasting facilities. This is where some of the cooperative members from the surrounding coffee farms bring their coffee. Through the process and roasting the beans become a high value product, sold at various places around Kenya. The result is, the farmers get a bigger share of the retail price, rather than just shipping the green beans sold at the international coffee auctions.

From tea to coffee

Small–holder coffee farmers are normally far down in the chain, hardly profiting from the coffee sold. This is why We Effect is trying to help increase the farmers’ share of consumer prices through certifications and other value addition to the coffee beans. Many coffee producing countries lack a coffee drinking culture. This limits knowledge of how to refine the coffee to meet the market demands in the importing countries. Here, Meru is a small – but impressive – exception.

– We have worked hard to promote coffee drinking and a café culture locally. This has partly been possible thanks to training by We Effect, says Joseph Kiogora, who is the project manager in coffee cultivation at Meru central coffee cooperative union.

Among other things, We Effect supported a barista training and helped establish a café in the centre of Meru. Today, the café culture is established and more and more locals pop in for a cup of espresso-based coffee, or high-quality filter coffee.

Stella Kathure attended We Effect’s barista training in 2014. It was an important part of the process to increase the value of production in the area and learn the importance of local processing of the beans. Most coffee producers sell exclusively roasted beans, which are then bought by wholesalers and refined in the countries where the coffee is sold and consumed. In this way, the farmers especially lose a large part of the coffee profits. The more you process the raw materials, the greater part of the profits the primary producers can benefit from. In Kenya, very little coffee is consumed – so most of it is exported. Therefore, the idea of ​​the refinement project was to teach the locals to appreciate the coffee culture.

– It has a big impact. It´s been a boost when we started serving espresso-based coffee drinks. The milk also comes from local cooperatives, so everything is locally produced, Stella says foaming milk behind the counter.

Meru farmers know their beans are high quality produce. That is proven by the classifications at the coffee auctions. But cultivating fine beans and roasting a high-quality coffee are different things. Therefore, the Union has invested both time and money in refining roasting processes and developing coffee brewing, as well as training their staff on the processing.

The Union received expert help from the Netherlands, where the UTZ-certification organization is based. The farmers are now UTZ-certified, as a result of audits of the production, but also results in increased transparency and higher value for the coffee, says Fredrick Mburugu, CEO of the coffee union.

– This also helps expanding the customer base. Many buyers only purchase certified coffee. That is why we are now helping our farmers also getting the Faritrade certificates, he says.

Eric says that the farmers profit has increased thanks to the certificates and the opportunities to process the beans locally. But much could still be improved. Among other things, there is a growing demand for organic coffee, that could give farmers higher price for production.

– Many of our farmers already grow high-quality organic coffee. But it is very labour intense, as fertilizers and pesticides are prohibited. One problem is that the total production of organic coffee is too small to separate from the non-organic. This means that most organic coffee is sold as non-organic, not getting the premium, Eric explains.

– But now, we invest in bigger roasting facilities. We´ll put more effort in marketing and resale networks in cities around Kenya. This could have a great impact on the farmers´ income in the region, Eric says happily.