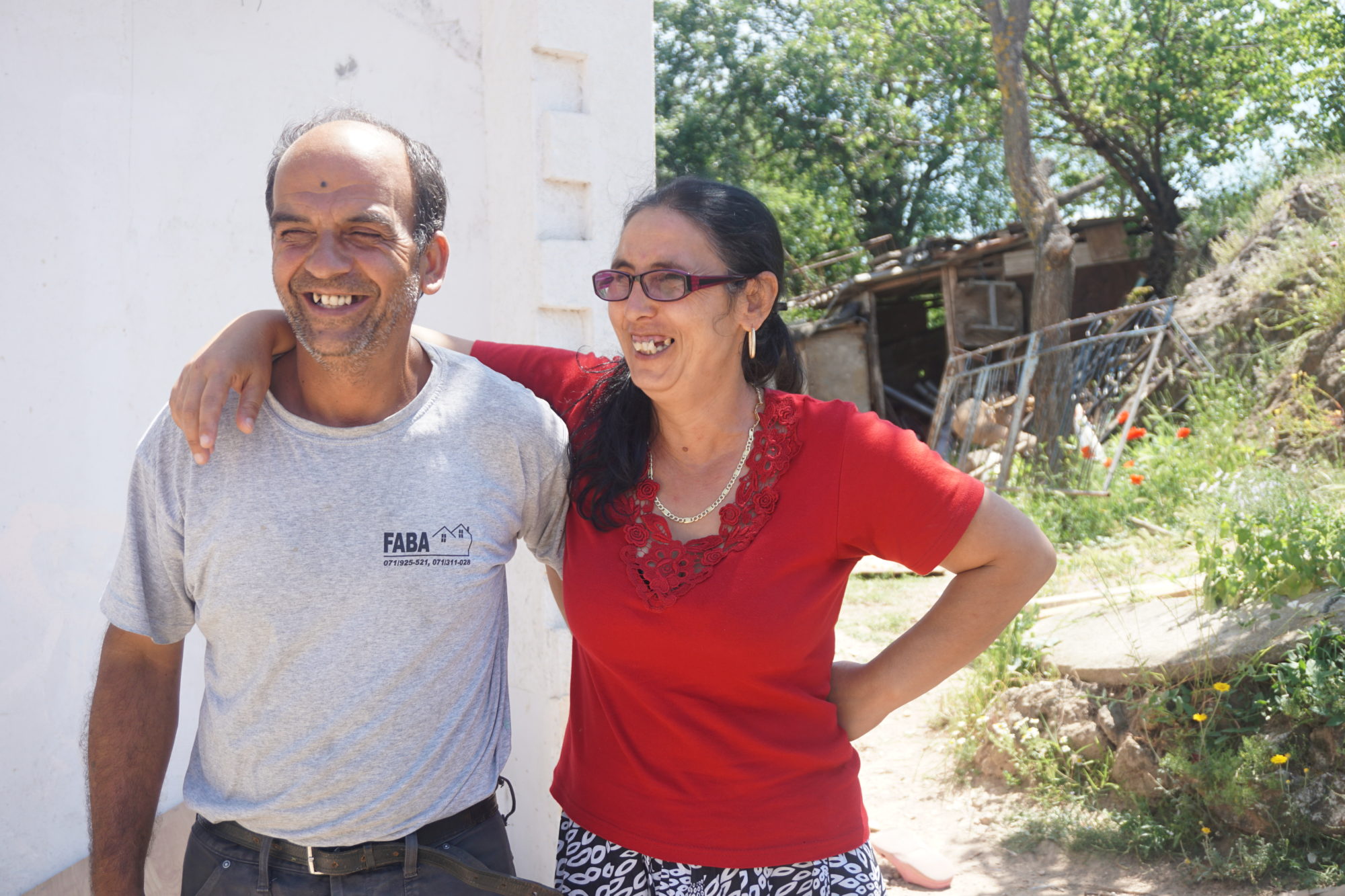 She fought for the right to her home – and won

Malin von Strauss
After a six-year legal battle, Shenaza Agushi can relax. She has documents showing that she owns her home and now there is no one who can threaten to demolish it.

Shenaza climbes the stairs down from the top floor in her white house. She talks and smiles a lot.

-We are happy here, it’s a safe home, she says.

But it hasn’t always been. When Shenaza bought the house in 2006, she thought the deed was for both house and land. However, five years later, it turned out that the deed only applied to the land. According to the state, the house was illegal.

Now, what would become a six-year legalization process began. A process that is common in North Macedonia, where the state’s plan for building houses is not always clear. Fully functioning homes often run the risk of being demolished and families are put on the street.

Women and minorities are particularly vulnerable due to discrimination – which would prove to be the case for Shenaza, as a Roma woman.

– I searched for information and did everything according to instructions, but in every distance I encountered problems, says Shenaza.

In 2015, Shenaza got in contact with We Effect’s partner organisation National Roma Centrum. National Roma Centrum works to ensure that the Roma minority, and others living in social vulnerability in North Macedonia, can fulfill their fundamental rights and enjoy their freedoms as equal in the society.

Through the National Roma Centrum, Shenaza received legal advice and access to a lawyer.

– It wouldn’t have been possible without the support I received. It is a bureaucratic jungle and knowing who to book meetings with and which documents to fill in is impossible on your own, says Shenaza.

After a very drawn-out struggle, Shenaza finally received the deeds for both land and residence in 2017.

– It often felt hopeless, but I never gave up. The fear that someone could come to demolish our home pushed me forward. I have moved around a lot and this is where I want to stay with my family.

Shenaza lives with her husband Rizah, three adult children and three foster children outside Kumanovo, about an hour from North Macedonia’s capital Skopje. Two grown children have moved out. It is clear that family is important and that they are caring for each other. Shenaza’s husband sits with one of the younger girls on his lap and every so often fills in Shenaza’s story.

– Shenaza takes care of the legal procedures and I take care of most things at home, when I am not working on the construction sites, says Rizah.

– It really is a gender-equal household, says Shenaza and nods in agreement. Which is not very common in our country. We do everything together.

The land and residence deeds are in Shenaza’s name, which is also not very common.

– It’s not important whose name is on there, says Rizah, we are a family.

– That we have a home to call our own, for us and our children, that is all that counts, says Shenaza.