Home / Stories / She helped herself and others 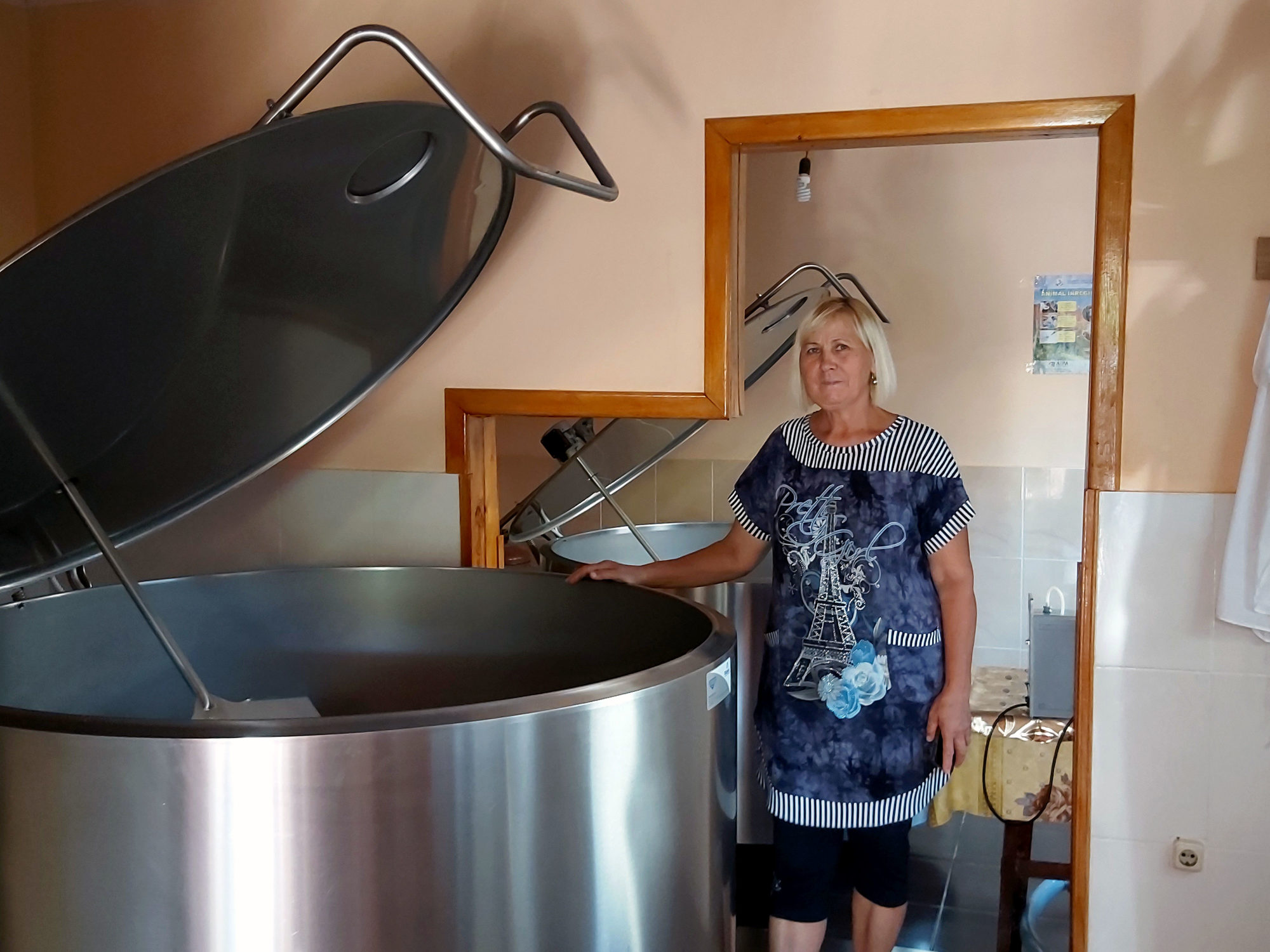 She helped herself and others

Ljiljana Mitevska
When Ecaterina Ursu established Dolprimlact milk cooperative in the Doltu village in Moldova, it was an instant success achieving lightspeed growth in couple of years. From 40 the cooperative reached a membership of 530 covering nine neighboring villages, enabling the wider community to have a stable delivery of milk, better prices and security, especially for the smaller farmers who now have a steady income and an opportunity to grow.

Ecaterina Ursu is a very confident woman. She is a leader, although at times she had to face dilemmas about how to successfully manage her farming household.

“I had many cows and had to find a solution for the milk. I saw that my neighbors are encountering the same problem, so I decided to do something about it,” says Ecaterina.

She also had an advantage. She knew all about the technical side of the milk producing business. During Soviet times Ecaterina was employed in a large milk cooperative. So apart from solving her problem, she realized that “it would be useful for the entire local community.”

In order to establish Dolprimlact milk cooperative she needed funds that she secured with the help of We Effect’s partner organization Federation of Agricultural Producers of Moldova (FARM) which provided her with guidance and technical assistance in terms of her investment plan. “I got a grant of 4000 euros which was just sufficient to buy the equipment and to start the cooperative,” Ecaterina says.

The success was almost instant. After uniting every milk producer in the Doltu village, during the second year of operation, the cooperative included the neighboring village. Now, Dolprimlact covers nine villages and has nine collection points, each equipped with a lacto-freezer, i.e. cooling tank for the milk. The first collection point, in the village of Doltu, already has two cooling tanks.

The cooperative is especially important to the smallholder farmers with one or two cows because they produce very low amount of milk and now, they can sell it on a regular basis. This allows them to have a steady small income and a basis to further develop in the future.

According to Ecaterina, the cooperative collects seven to eight tons of milk per day and the dairy processing plant that they are selling the milk to, is collecting it two times a day. In May they collected one million liters of milk.

The results that this cooperative has achieved are remarkable. Therefore, the significance it holds for the local population is obvious. It is a source of their livelihood and logically there is an interest for taking the next step in terms of its growth.

“We are thinking about opening a small plant for dairy products. The starting point would be producing pasteurized milk because for producing other dairy products a more advanced technology is needed,” says Ecaterina. And in regard to this, they are counting on the support of FARM. “We are receiving a lot of support from FARM and we are not stepping away from them,” says Ecaterina. Apart from building the institutional capacity of the cooperative, FARM has also provided them with technical assistance and study visits to Romania.