Home / Stories / Succeeding despite the odds 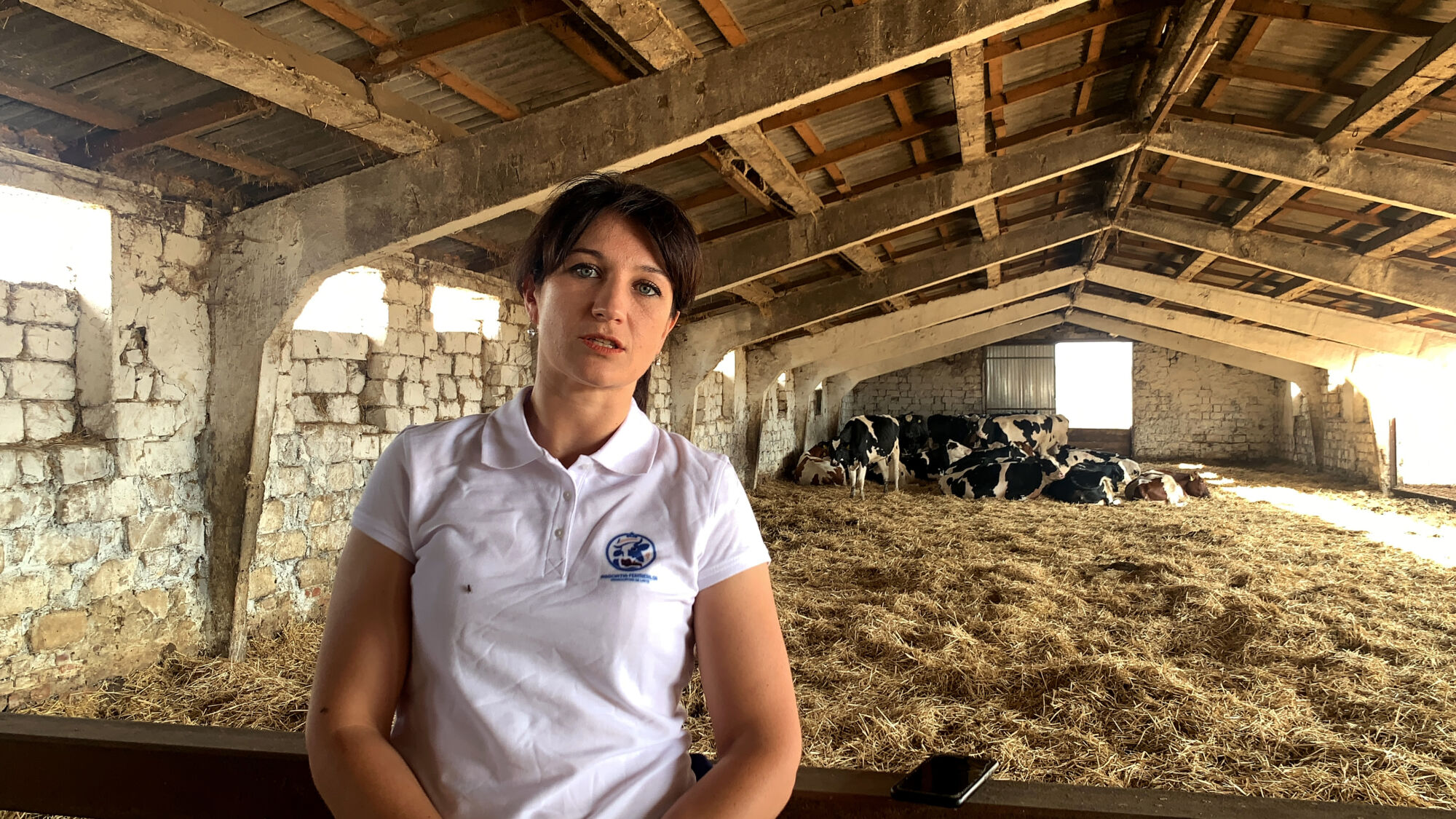 Succeeding despite the odds

Ljiljana Mitevska
Working hard in difficult conditions has paid off for Ana Pancrat, the President of the MILK association of young dairy farmers from the northern region of Moldova. Under her leadership, even in these challenging times of corona pandemic, the number of cows among member farms has increased by 40% and almost 60% of the association’s members are women and girls.

Seven years ago, Ana and her husband packed everything and left the city to start a family business in a small village in northern Moldova. After securing some loans to buy land in Goleni, they were ready to embark on their big adventure of dairy farming.

Today they own over 100 cows on their family farm. It is a successful business resulting from their joint effort and shared responsibilities. But it’s not easy, especially during this time of prolonged corona crisis.

“As a mother and a farmer, the volume of my work during this pandemic has tripled. Schools are closed so I have to deal with the education of my four children, putting food on the table and doing regular farm work. I forgot how it is to rest!” says Ana.

Many rural women are in this situation. “Given that lot of people do not work and stay at home, the domestic violence is on the rise and so is poverty!” she says.

Poor family farms are already affected by lack of income. “Those with a cow or two may be forced to slaughter their cows due to not having food resources,” says Ana recalling that already 26 000 cows were slaughtered only in the first half of 2020.

The situation is further aggravated by the unfavorable weather conditions in Moldova in the last couple of years. The lack of rainfall in winter and in spring, the late frosts and especially last year’s drought, have led to a loss of 40% of the crops and fodder for the animals.

“We have seen some bad weather, but this past year was something unheard of!” says Ana.

Due to the lower quality of the fodder, cattle breeders like her had to purchase some additional animal feed. “This increased our production price, although we were forced to sell the milk for the same price. So, we are at a loss.”

Young farmers in Moldova find it especially challenging not only to run, but also to start a business. Lack of elementary infrastructure in many villages, difficult access to finance due to expensive loans, lack of collateral and unstable markets are factors that deter young people from getting involved in agriculture.

“The state offers subsidies in agriculture, but these are post-investment subsidies. If young farmers want to start a business, first they need to invest on their own. This is a serious obstacle for the young people,” says Ana. According to her, this only perpetuates the circle of the rich becoming richer and the poor getting poorer.

Opening the doors to agriculture for the young people is what motivated Ana to become part of the MILK association that operates within the frames of We Effect’s partner organization, the National Farmers Federation of Moldova (NFFM).

“The young people are the future. That’s why, as members of NFFM we strive to promote dairy farming among the young people, represent their interests and come up with many specific proposals that will aid the recovery of this sector,” says Ana.

Although a very young organization, established only two years ago, under the leadership of Ana MILK has grown stronger – 35 young farmers joined the association, the number of cows among member farms has increased by 40% and almost 60% of the association’s members are women and girls.

Some of their most notable successes are related to defending the interests of the milk producers in terms of sales and obtaining a better price for the milk. But their activities also expand to lobbying for access to subsidies in advance for young cattle breeders, equal conditions for accessing development funds, easier conditions for procuring better breeds of animals, limitation of the unjustified imports of milk, reduction of VAT etc.

“We are a small, niche organization but we like to think big. Young farmers need to have opportunities in the villages and in the entre agriculture sector of Moldova,” says Ana.

Moldova has one of the highest rates of rural populations in Europe. The agricultural and food production sector plays a key role in fighting poverty and food insecurity in the country. Not only is agricultural land the country’s main natural resource, but the agricultural sector still accounts for 32% of employment, 17% of the GDP and creates 45% of the exports.