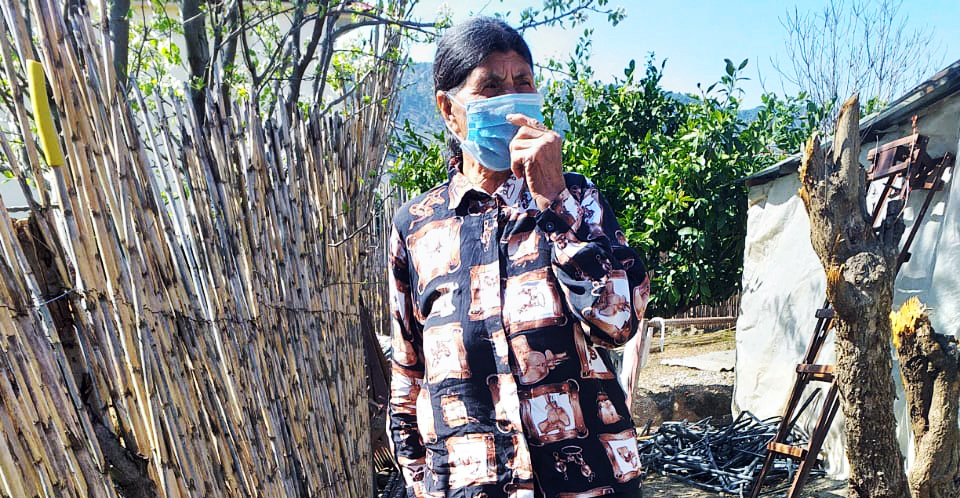 Anna Koblanck
The Corona crisis has a severe impact to small-scale farmers in Southeastern Europe, not least for the already hard-pressed Roma population. The infection has also contributed to major political consequences in the region. "If this crisis becomes prolonged, it will have serious consequences for our lives and our work", says Raziko Rrënja.

In Southeastern Europe, the number of cases of corona infection is nowhere near as high as in Central Europe. In Albania, where 69-year-old Raziko Rrënja lives and works as a farmer, fewer than 200 cases have been found so far. Restaurants and cafes have been closed, but grocery stores and markets are still allowed to be open.

Small-scale agriculture is an important source of income, not least for the region’s Roma minority, who are often discriminated against in the labor market and have a hard time getting a job and pay.

– We have been told to stay home and to avoid contact with other people. We get food delivered to our home so we don’t have to go out as often, says Razika Rrënja, who is supported by We Effect’s partner organization in Albania, Amaro-drom.

– Unfortunately, the crisis has a negative impact on farming because we are in the middle of planting. There is a lot of work to be done and I need to take care of our crops. I planted onions, spinach, beans and tomatoes, she adds.

Farming is seasonal, with different crops all year round. She sells part of the harvest in the market to earn an income for the family of five, some of the crops they use for themselves.

In North Macedonia, the number of confirmed cases of corona infection so far is slightly above 200. The apple farmer Frosina Georgievska thinks that the restrictions imposed by the authorities to stop the corona virus from spreading so far have less impact on agriculture than on life in general.

– People are generally scared, but Prespa is a small region and here we have no confirmed cases of infection. We adhere to the measures introduced by the authorities and we hope for the best, she says.

– But I think the demand for our apples is lower than usual. Prespa is the center of North Macedonia’s apple production, and all apple growers here, big and small, export their apples.

Only a small amount remains in the country, but even here demand has declined. Nowadays, not many buyers come here from the capital to buy apples, adds Frosina Georgievska.

– Freight transport is not yet limited, but if our deliveries of fertilizers and pesticides are delayed, it will affect us. Timing is of the utmost importance in agriculture. During the harvest, we also usually hire seasonal workers, but if people cannot travel, it will be difficult, she adds.

We Effect also works in Kosovo, where the government coalition fell due to a vote of no confidence earlier this week, in part because of disagreements over how to handle the corona crisis.

– The corona crisis is a tough in itself for the already most vulnerable. We continue to work with our partners in Southeastern Europe to strengthen the ability of small-scale farmers to pursue efficient and sustainable agriculture and improve their market position. Now and in the long run, says Anna Tibblin, Secretary General of We Effect.