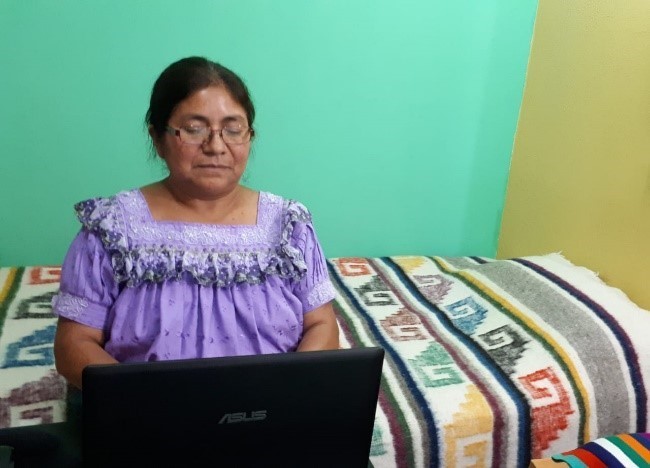 Anna Koblanck
Many countries in Latin America have taken drastic measures, to stop the spread of the corona virus, that put additional pressure on already vulnerable people. In Colombia, at least eight human rights activists have been murdered during one week of national quarantine.

In many countries in Latin America, the authorities have acted swiftly and vigorously to limit the spread of the corona virus by imposing curfews or similar restrictions. All countries in Central America have closed their borders. In Guatemala, schools, public transport and the private and public sectors have been looked down. Bolivia, which now don’t allow any entry or exit from the country, has postponed the presidential election, that was supposed to take place in May, indefinitely.

In Colombia, the state of emergency introduced in response to the corona crisis has made the security situation in the countryside to deteriorate. In the Colombian countryside, for example, there is organized crime that threatens and harasses small-scale farmers in conflict over resources and land, which now has even more freedom while police and military focus on maintaining the state of emergency in the cities.

– A few days ago, we learned that eight human rights activists had been murdered since the quarantine began. Police and military do nothing to help people. On the contrary, it is often said here that they turn their back on organized crime, and now more so than before, says Maria Guerra, We Effect’s country representative in Colombia.

– A female leader in the fight for land rights in the Putumayo region of southern Colombia, with which We Effect has contact, has also been subjected to death threats, she adds.

She also says that the specific areas where the former combatants in the FARC guerrilla are now living to be integrated back into society, in accordance with the peace agreement signed by the country’s government and the guerrilla movement in 2016, are isolated.

– About two weeks ago, the government decided to keep these areas completely isolated. No one can come out, no one can come in. Inside there is no healthcare, not enough food. It is cramped and there is not well functioning water and drains. We are very concerned, says Maria Guerra.

Women are also particularly vulnerable in the wake of the corona crisis. Bogota City recently conducted a survey showing that domestic violence against women has increased by 53 percent since the beginning of the corona crisis. The Colombian Women Observer recently raised an alarm that the emergency telephone set up to support women who have been subjected to domestic violence has received 91 percent more calls in the last period compared to the previous period.

Ever Guillén, We Effect’s country representative in Honduras, testifies to a similar development.

– One thing that we are worried about, especially the women’s organizations, is that many women are now trapped with their perpetrators. It is a great risk for women to be in quarantine, he says.

The large number of poor and marginalized people in Latin America is also severely affected when schools, trade and traffic are closed down to stop the spread of the corona virus. Many live from hand to mouth on income from street trade or day labor and are now without income. At the same time, the money that many people usually get sent from families and relatives who work in Spain or the US is reduced because they have lost their jobs there as a result of the corona crisis.

– Poverty will increase, states Ever Guillén.

Few countries in the region have enough medical capacity if the corona virus spreads widely in society.

– When the first cases occurred, people panicked, and the hospitals did not let the first infected person in. She had to go to several different health centers before she was finally given treatment. There is very little understanding of the disease and care is in poor condition, says Sandra Bustamante, We Effect’s country representative in Bolivia.

There is first class healthcare available in Latin America, but only for the wealthy with private health insurance. On the world’s most unequal continent, most people are without health care.

– The biggest concern here in Colombia is that the health system is completely inadequate. The rural areas where we work is the worst. For many of the farmers there is not even a health center within five hours of travel. It is very serious, says Maria Guerra in Colombia.

However, We Effect’s staff already see examples of solidarity between people to meet the crisis together. Maria Canil, a member of the women’s organization Conavigua’s board in Guatemala, follows the development via her computer at home. She survives of the vegetables she can harvest from the collective crops the organization started with the support of We Effect.

– I hope to be able to embrace the other women again soon, and that we can meet without fear. In this kind of war, where we cannot see the enemy, we instead feel it through hunger in the countryside. There is no work or resources here to get the basics to endure quarantine. Now we have to look at life in a different way, she says.