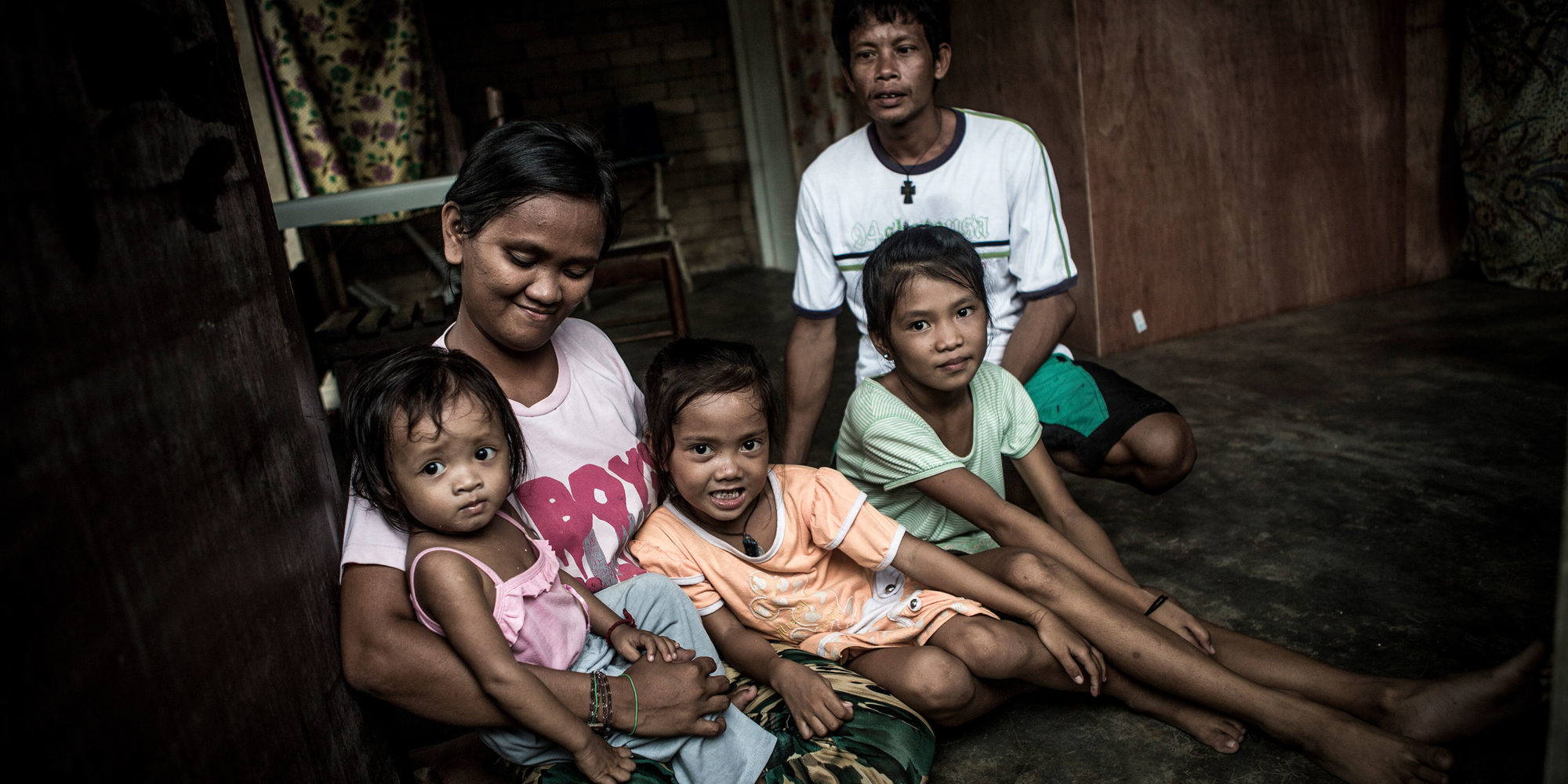 “We held each other and begged for God to save us”

Today, Wednesday the 8th of November marks four years since Haiyan (locally called Yolanda), one of the world’s deadliest typhoons, struck the Philippines. For the survivors, it seems just like yesterday.

Am I allowed to cry during an interview? Tears flow down my cheeks onto the paper below, as I attempt to summarize Jonalyn Bernal’s account of  the morning of November 8, 2013.

Basey City, Phillipines. 7:45 a.m. When winds cross 32.7 m/s, they are classified as  hurricane-force. The winds pummeling Jonalyn’s window this morning are clocking 90 m/s. She had heard the storm warning on the radio and left her flimsy home along with her family, seeking shelter.

“My husband shook me awake. We need to go higher, to the second floor, he said.  There was no electricity in the place we were sheltering. Outside I could hear the wind howling. The noise was deafening”.

Typhoon Haiyan struck four years ago, but this is the first time Jonalyn is telling her story. She breaks down and cries as she talks.

“From the second floor, all I could see were black waves. A wall of water. I prayed to God to save us”.

The water kept rising by the minute.

“A plate came flying through the room and struck me. My husband was sure I‘d passed out”.

As Jonalyn tells her story, Marielle, her eldest daughter, plays at our feet.

“Do you remember anything of that day?”, I ask Marielle. Marielle crawls into her mother’s lap, her smile is replaced by a whisper.

“The rain hurt my skin. I could not get up”, she says, and then nothing more.

After an hour, winds began to let up. The baby was crying for milk. When Jonalyn’s husband went out to look for food, he was met by devastation. The ground around them had been levelled for miles as if by a thousand bulldozers. Nothing but death and water everywhere.

“I looked for our house but there was nothing left of it. But I managed to find some milk”, says Elino Bernal.

The following days are a blur. The family borrowed money to buy diapers, food, sugar. When We Effect staff reached the disaster zone, they were greeted by children playing in destroyed classrooms open to the sky, roofs blown away.

Haiyan was one of the worst typhoons in history. 1.9 million people became homeless. 6,300 people lost their lives.

A brighter future
Four years later, 200,000 people remain homeless. But out of the destruction of Haiyan, new, stronger houses have risen. Today, Jonalyn’s family and a hundred others from the city of Basey have been provided new houses, built with the support of We Effect and the local partner Julio & Florentina Ledesma Foundation. Jonalyn and her family moved in a year ago.

“The first thing my daughter said when she saw the house was, are we rich?”

The house is built with 2,400 bricks, fortified to resist the next superstorm.

“I’m so extremely happy and grateful. That’s why I planted so many flowers outside the house. That’s my way of saying thanks to those who made it possible. Here I am 100 percent safe. This house will protect us”.