New report – Cause of death: Farmer 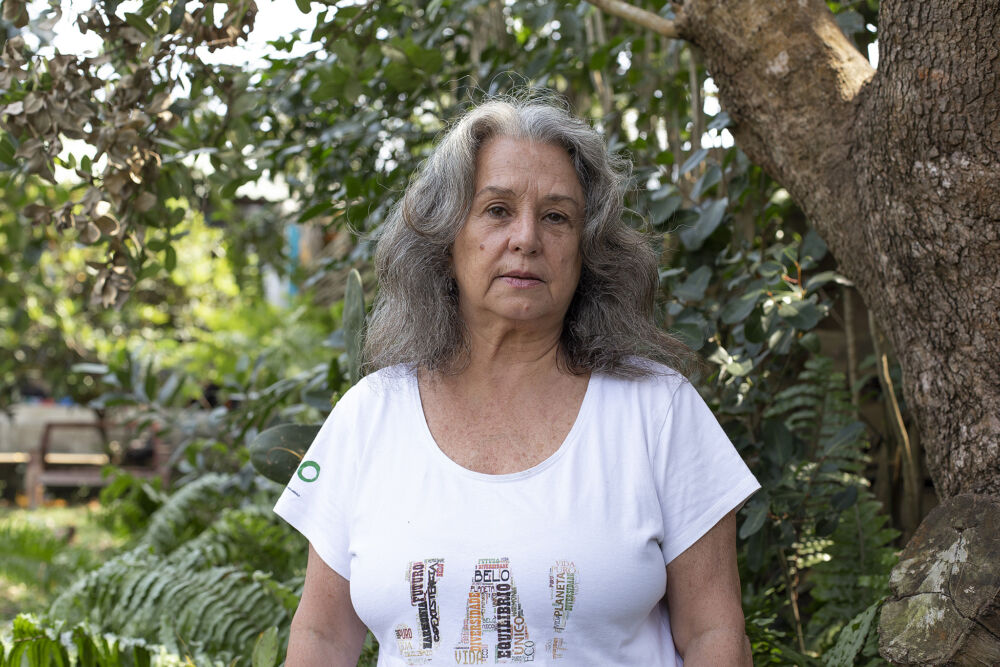 Mozambican climate activist Anabela Lemos' work has led to death threats and violence, both against herself and her family members. Photo: Edson Artur

331 human rights defenders were murdered in 2020. Those defending their land and the environment are among the most vulnerable and represented over two thirds of those murdered.

We Effect works in four of the countries with the highest number of murders of environmental defenders; Colombia, the Philippines, Guatemala and Honduras. We work with women organisations, small-scale farmers and indigenous peoples. In all these countries, farmers are being forced to act as human rights defenders in order to continue cultivating their pieces of land that constitute their source of food and income. In 2020, we released the first edition of the report “Cause of Death: Farmer”, describing the persecution and mapping the threats and violence linked to their work. This updated report shows that the situation has aggravated.

Meet Anabela Lemos, who despite repeated threats, has fought for the climate, the environment and the rights of small-scale farmers in Mozambique for decades. In 2022 she was awarded the Per Anger Prize: The Swedish government’s award for human rights and democracy.

In Honduras and the Philippines, links between multinational companies, the national government, the judiciary and the military have been identified after murder cases were investigated. Indigenous peoples and women farmers are particularly targeted.

The right to land is crucial in combating poverty and inequality. But disagreements or confiscation of land is often the cause of the conflicts leading to threats and violence in the countries studied in this report. The situation in Latin America, where land is more unevenly distributed than anywhere else in the world, needs to be highlighted in particular. Colombia alone accounts for more than half of the 2020 killings, and several other Central and South American countries are among the most dangerous in the world. In the Philippines, the land issue is central to the conflicts that lead to threats and violence against women, small-scale farmers and indigenous peoples. In many other countries, the number of murders is lower, while other forms of persecution are common. In Mozambique, for example, the threats are many, but so far the number of fatal cases is limited.

Women’s right to own and control land is a necessary condition for achieving gender equality.

In many countries with widespread poverty, women make up the majority of the agricultural workforce. Despite this, women make up only 13 percent of the farmers who own or have secure access to the land they use.

Women who fight for land rights are badly affected when the pressure on land increases and the democratic space shrinks. New threats come from conservative activists, corrupt individuals and companies who often attack the rights of women and indigenous peoples.

Biodiversity is threatened when mining industries, energy companies and agricultural groups want to gain access to land used by indigenous peoples or small-scale farmers. These have an important role to play in conserving species, ecosystems and genetic diversity, but are threatened by large corporations’ monocultures and the exploitation of natural resources.

Today, smallholder farmers, indigenous peoples and women are essentially environmental and human rights defenders as they defend their right to the land they farm and protect the environment they live in. To improve the situation and bolster their organisations and
cooperatives, We Effect calls for the following actions:

Strive to ensure that the Corporate Sustainablilty Due Diligence Directive:
• Clarifies that the parent company should be held accountable for violations throughout the value chain, unless they can prove that all measures have been taken to prevent the damage from occurring;
• Assures meaningful and continuous engagement and dialogue with affected stakeholders such as environmental and human rights defenders, in line with OECD and UN guiding principles on business and human rights;
• Includes environmental and human rights defenders as an interest group in legal text and ensures the respect for free, prior and informed consent
• Clarifies that complaint mechanisms are to be designed in such a way that affected parties do not fear reprisals for raising their voices;
• Provides for collective redress and reverses the burden of proof;
• Clarifies compensation mechanisms in line with OECD guidelines for due diligence which enables redress in proportion to the scope and significance
of the negative impact.

• Strive to ensure that the commitments in the UN resolution on the rights of environmental and human rights defenders are implemented at the
national level, without delay.
• Work for a binding UN Treaty on Business and Human Rights which ensures access to justice.

Companies and investors should:

• Follow UN Guiding Principles on Business and Human Rights and, in line with these, conduct risk and impact analyses with respect to human rights, as well as ensure that this is done throughout the supply chain.

• Demand that their national governments, regional and global cooperation agencies support and protect farmers who are working to defend their rights and the environment.
• Ensure that human rights are respected within members’ operations and in their production and supply chain.

• Prioritise rural development that strengthens the economic, social and political empowerment of smallholder farmers, as well as initiatives for fairer use of and access to natural resources such as land.
• Support targeted measures to improve the situation of smallholder farmers who are environmental and human rights defenders.
• Increase the percentage that goes to civil society organisations in countries where human rights defenders are most vulnerable.

HOW WE EFFECT DEALS WITH LAND ISSUES:

• We Effect works to promote sustainable rural development and to combat poverty by increasing equality. Together with local farmers’ and indigenous peoples’ organisations, We Effect focuses on sustainable production methods, food security and adapting to the effects of climate change. These efforts combine cooperative methods for revenue-raising projects with social, economic and environmental sustainability.
• Through its activities We Effect supports the rights of land rights and environmental defenders to employ peaceful means to demand accountability. These efforts focus on women and indigenous peoples.
• In several countries in which We Effect operates, we support our partner organisations in negotiations with local decision-makers, the national government and foreign investors, since secure and just land ownership, as well as protection of informal land rights, is vital to We Effect’s target groups. This has proven difficult in Latin America and parts of Asia, but in several African countries, e.g. Tanzania, it has been a successful model.

Cause of death: Farmer 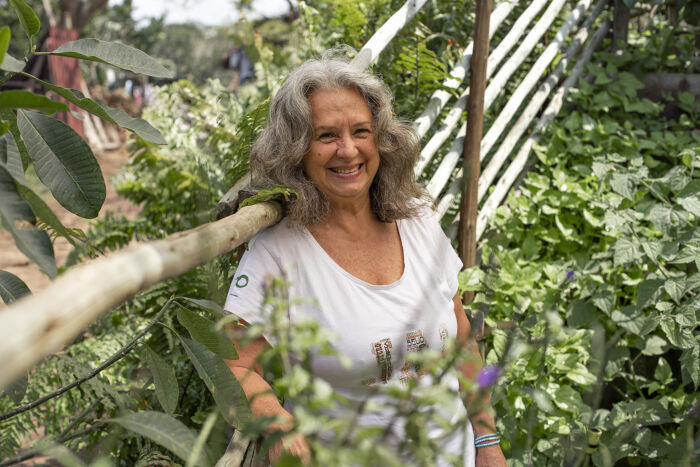 Mozambican climate activist Anabela Lemos will be awarded this year's Per Anger Prize for her fight for the farmers forced to leave their homes to make way for gas and...
Read more 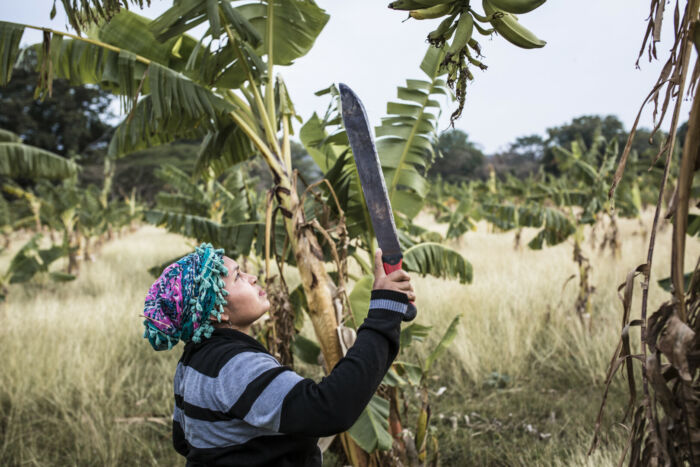 What we do: Land rights

We Effect supports cooperatives and farmer organisations that are pressing for the right to land for small-scale farmers and indigenous peoples.
Read more 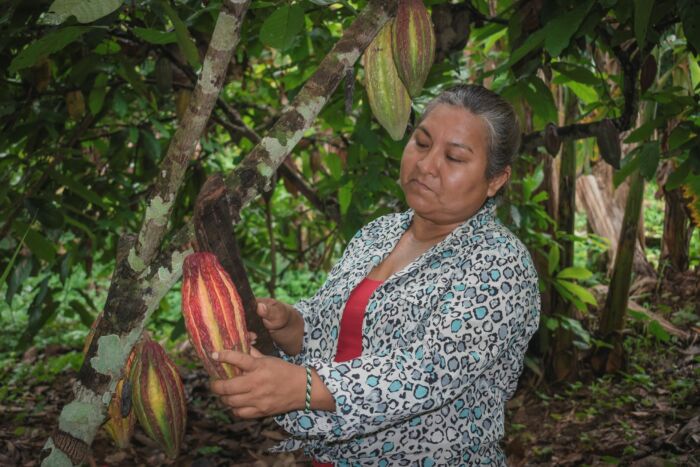 “We’re subjected to violence all the time”

In Bolivia, women land defenders and indigenous people leaders are forced to suffer threats and pressure from all quarters. Opposing a mining project very often involves risking your life. Even...
Read more

As a climate activist, Anabela Lemos of Mozambique is used to threats and persecution. But the people who want to stop her don’t leave it at breaking into her office...
Read more