Catherine Waking'a
For years, women in Kipkelion, Kericho County enjoyed little economic opportunities just like their counterparts in various parts of the country. Through ‘women in coffee programme’, the cooperative is changing the narrative of women by providing them with coffee seedlings and extension services.

For years, women in Kipkelion, Kericho County enjoyed little economic opportunities just like their counterparts in various parts of the country.

Through ‘women in coffee programme’, the cooperative is changing the narrative of women by providing them with coffee seedlings and extension services.

In a patriarchal society, their roles were clearly defined and were mainly confined to performing home chores such as cooking, and keeping the homestead tidy.

While they also carried out economic activities such as tilling the land and planting as well as tending to livestock, income generated from these activities little if any reached their pockets, with their spouses claiming everything. This is however changing thanks to a paradigm shift by Kipkelion District Cooperative Union Limited, which is helping women to have their own coffee farms.

Through ‘women in coffee programme’, the cooperative is changing the narrative of women by providing them with coffee seedlings and extension services.

Ann Chesang Tuei from Kimologit Farmer Cooperative Society (FCS) is one of the members of the cooperative. She now owns 1,500 bushes of coffee thanks to the society. “I started planting my coffee in 2015 by planting 100 trees,” she says.

Mrs. Tuei credits We Effect, for enabling her start a coffee farm.”I had come to Kipkelion District Cooperative Union for a meeting, which was held here through We Effect. We were taught how we (women) could have our own coffee farms and engage in coffee value chain,” she says.

When she arrived home later that day, she asked her husband to allocate her a portion of land  “In 2017 I harvested 100 kilogrammes of cherries,” she explains.

Now, Mrs. Tuei owns 1,500 bushes on 1.5 acres. Last year, she harvested 5,450kg which she sold for Ksh81 a kilo. This means she earned Ksh 441,450. “I used to borrow money from my husband. Sometimes I could not get it,” the mother of three says, adding that she is the second wife to her husband, a situation which made it harder to get enough cash to meet her family’s needs.

Last year tragedy hit her family when her husband died. Although it was a heavy loss, Mrs Tuei says the situation would have been harder to bear if she had not been economically empowered. She is now the sole breadwinner of the family, which she says would have been a difficult task without a source of income.

The cooperative, in Kipkelion West, Kericho County, offers dry milling, packaging and marketing of green and roasted/grounded Arabica coffee beans. One of the main reasons for establishing the cooperative in 2009 was to cut transport costs.

“We had a lot of challenges since we had to take our coffee to Nairobi for milling, which was far and consumed a lot of time,” says Festus Bett, the Cooperative chief executive officer.

“Farmers thought it was good to have their own facility to reduce on transport cost, to bring the facility near and also to create employment here. We can produce 1.2 tonnes per hour and on average we mill 1.5 million kilos but we have capacity to mill up to 10 million.”

The firm sources coffee just within the Kericho county, which is delivered by more than 40 affiliate members.

“We sell most of our coffee through the coffee auction, which fetches low prices considering the fluctuation in coffee prices but also we are able to sell directly to countries such as South Korea,” the CEO says. Whereas selling through the auction fetches between Sh50 and Sh60 a kilo, selling outside goes from Sh80 to Sh110.

They are looking for more customers, especially in the West and United Arab Emirates (UAE).

Through ‘women in coffee’, the union has increased women’s participation from 10 percent to now 50 percent. With a registered membership of 43,125, the cooperative boasts 16,996.

Another beneficiary Betty Cheruiyot from Kipsendenete FCS has 50 bushes given to her by We Effect. Her family, which owns 1,500 trees harvested 4,000kg last year.

It has really improved our living standard and created harmony in households,” she told, noting that lack of sufficient livelihoods is always a source of conflicts in families.

While Kipkelion women are now smiling all the way to the bank, they note that coffee growing has its own set of challenges. The key hurdles are diseases and ladybirds that eat ripe cherries.

Supply chain disruptions caused by the Covid-19 pandemic as well as Russia’s invasion of Ukraine have curtailed the supply of key fertilizer components such as Nitrogen, Phosphorus and Potassium from the two countries that are crucial for fertilizer production.

This pushed a 50-kilogram bag of fertilizer prices to as high as Ksh 6,000 in the first quarter of this year, nearly double the price as at last year. The high prices of fertiliser are also a drawback, but they circumvent this by using compost manure from cow dung and coffee husks. 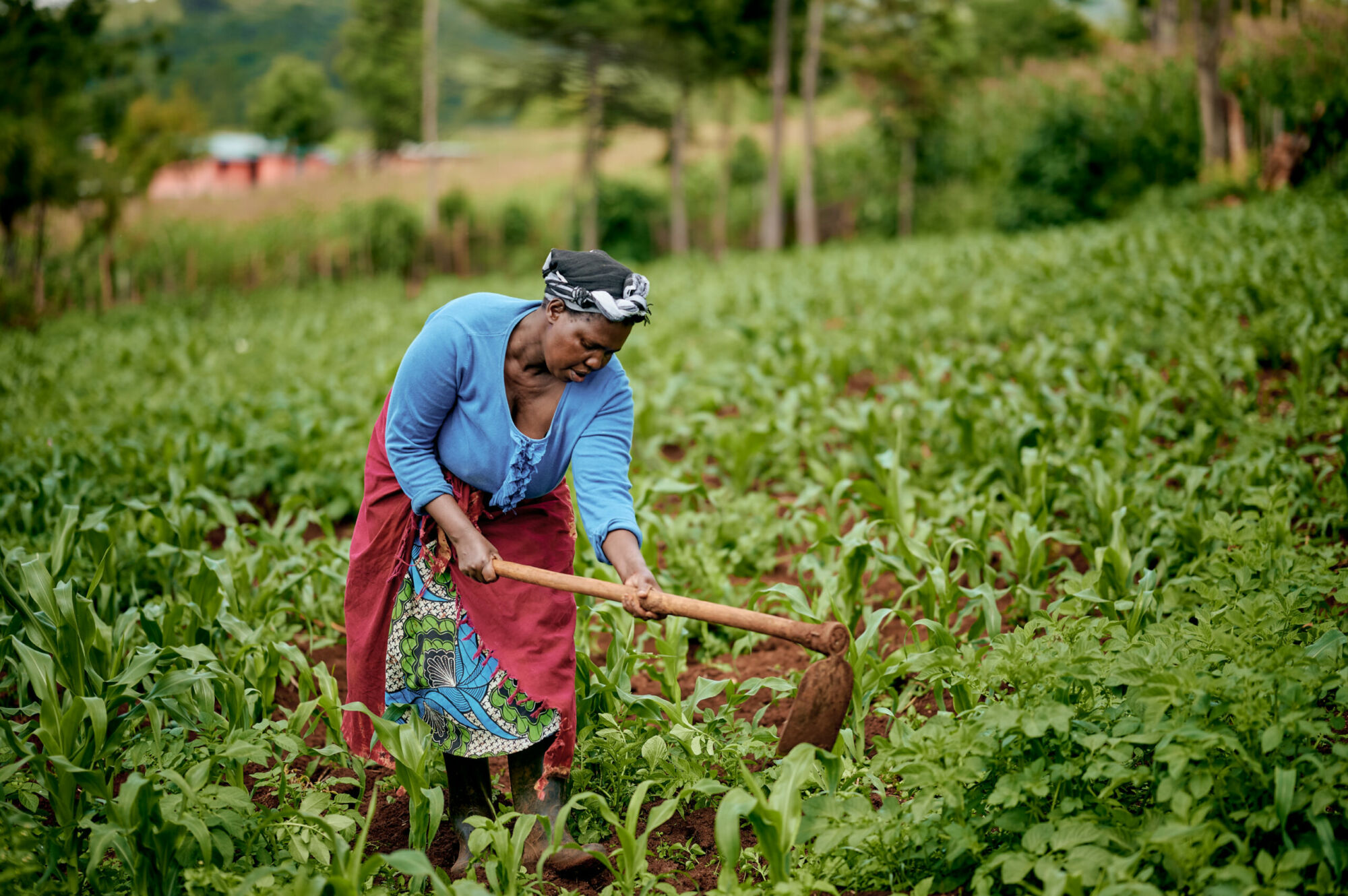 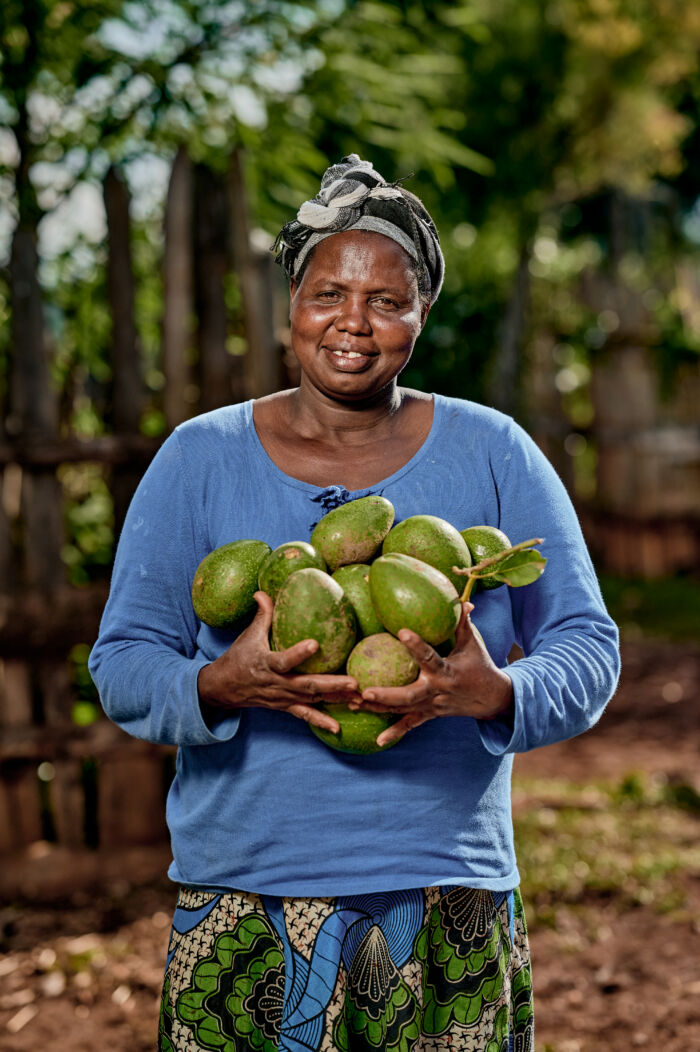 Our work in East Africa

We Effect’s work in East Africa is focused on strengthening the capacity of organizations that work with small-scale farmers and housing cooperatives. We promote the use of sustainable methods that protect people and the environment. Our work emphasizes gender equality and women’s empowerment and we support advocacy for equal rights to power, land, housing and food security.