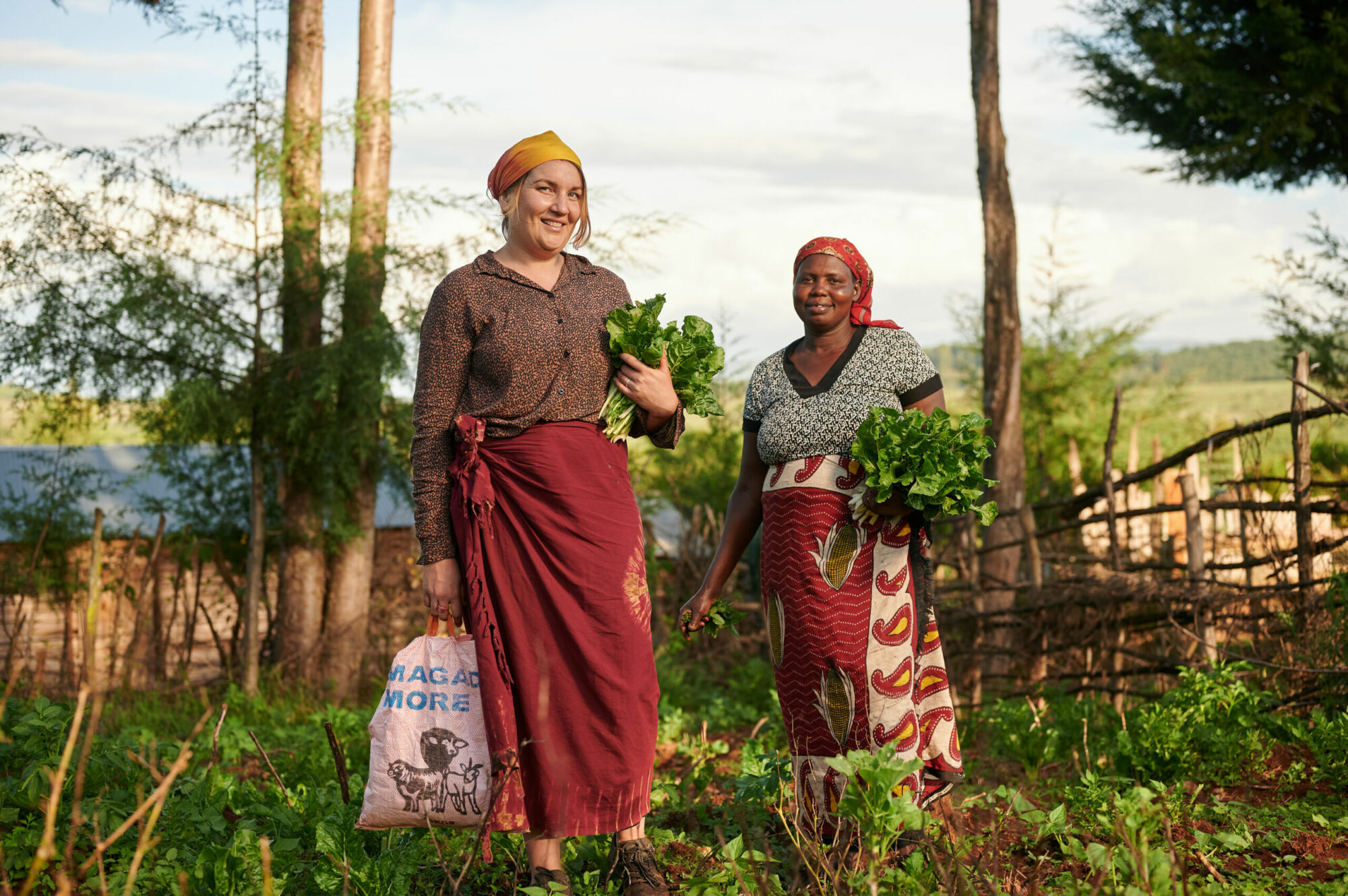 A majority of the world’s poor live in rural areas and depend on agriculture to survive. The World’s Toughest Job aims to highlight the heavy workload that rests primarily on women in rural areas. Through the initiative, Anna Myhr (Sweden) has been living and working with Lina Ruto a smallholder farmer from (Baringo, Kenya).

If the world’s farmers, regardless of gender, had the same conditions, between 100 – 150 million more people would not have to go hungry. Through equal cooperative and sustainable food production, a female farmer in Kenya can make the hard agricultural work provide a better income and safer access to food on the table.

Anna Myhr arrived in Eldama Ravine, Kenya, to a welcome that warmed her heart and made her feel right at home. She has been living with Lina Ruto and her family for three weeks helping with agriculture, dairy cows and the household. Lina a member of Baringo Agricultural Marketing Services Cooperative Society Limited (BAMSCOS)  is a small-scale farmer and also practices dairy farming.

“I am happy that Anna is here with us and looking forward to working with her on my farm,” says an elated Lina, who could not hide her joy as she welcomed her.

Head of department at Region Gotland, Sweden recruited for “the world’s toughest job” 38-year-old Anna took some off to work side by side with Lina Ruto in Eldama Ravine Baringo, Kenya. The work consists of helping with agriculture, dairy cows and the household. Anna is a department manager at Region Gotland Sweden but quickly reinvented herself to work with Lina, helping with all her daily chores.

Her salary has been Ksh 300, which is the average pay for a farmer in Kenya, who now faces significant challenges after covid-19 and the war in Ukraine.

Hunger has increased and many small-scale farmers have been hit -hard by perennial drought. One hundred eighteen million more people were affected by hunger in 2020. In Kenya alone, close to 2.1 million people are threatened with starvation. The climate crisis, with severe drought and erratic rain, as a result, is another acute threat.

The campaign has been supported by The Swedish International Development Cooperation Agency (SIDA) through We Effect and works against poverty, focusing on small-scale farmers in 20 countries in four continents.

It has been great meeting and knowing Lina, together with her family, and her everyday life as a farmer, says Anna Myhr, adding, “My Everyday experience has brought to an understanding the similarities and differences between a farmer here and in Sweden.

As a woman, I feel strongly that all the women in the world experience a sisterhood and that we share some common experiences. I believe that solidarity and community will be a strong key factor in the change to a more equal world for all. Through the world’s toughest job, I want to contribute to an increased understanding and an increased commitment, in both myself and others in this particular issue, says Anna Myhr.

During her stay, Anna Mhyr has been communicating with Swedish audiences with the aim to increase awareness about the situation of women in rural areas and concrete methods taking place to reduce poverty, hunger and increase gender equality.

The purpose of the World’s Toughest Job is to increase knowledge about inequality and commitment to the situation of women in rural areas in the countries where We Effect works. Over 700 million people in the world live in extreme poverty. The majority of these are women and children. Most live in the countryside and work in agriculture.

“The Covid pandemic has exacerbated the gap between rich and poor in the world. But it has also led to the issue receiving more attention. With the world’s toughest job, we want to highlight the heavy workload on women living in poverty, “says Anna Tibblin, Secretary-General of We Effect.

For three weeks, Anna Mhyr from Sweden had a fantastic opportunity to experience a smallholder farmer’s life in Kenya. She lived with Lina Ruto, a dairy farmer in Baringo, Kenya.

During this time, she had an opportunity to talk to different people about crops, animals, milking, religion, and outlook on life, gender roles, children and child-rearing, marriage, politics, education, dress, language, dishes and cooking, future plans, rainwater harvesting and a lot of other things.

“Having energy and strength, both physically and mentally, feels like an important ingredient to have with you on this mission. Of course, it is physically challenging for a department head who otherwise spends his working days in an office and at various meetings. Effortless in a completely different way than the work I did here with Lina. The body, or rather the back, had a certain period of acclimation to any forward, she advises as she reminisces her experiences.

Farmers have the hardest job in the world. But it’s also the most important – smallholder farmers, anchor food systems. They play an essential role in sustainable rural development. They deliver safe and nutritious food and are crucial stewards of the environment and ecosystems.

This initiative is evidence that we need to continue working with smallholder farmers, specifically women, to understand their needs and challenges, finance, and provide fair economic opportunities.

As she heads back home to Gotland, Stockholm, it’s a bittersweet farewell.

“My memories with my new family are something I will carry with me forever. I have gained a second family here in Kenya, and even though my mission is over, we will continue to stay in touch”, says Anna Myhr.

Read more
Women at the forefront of fighting climate change 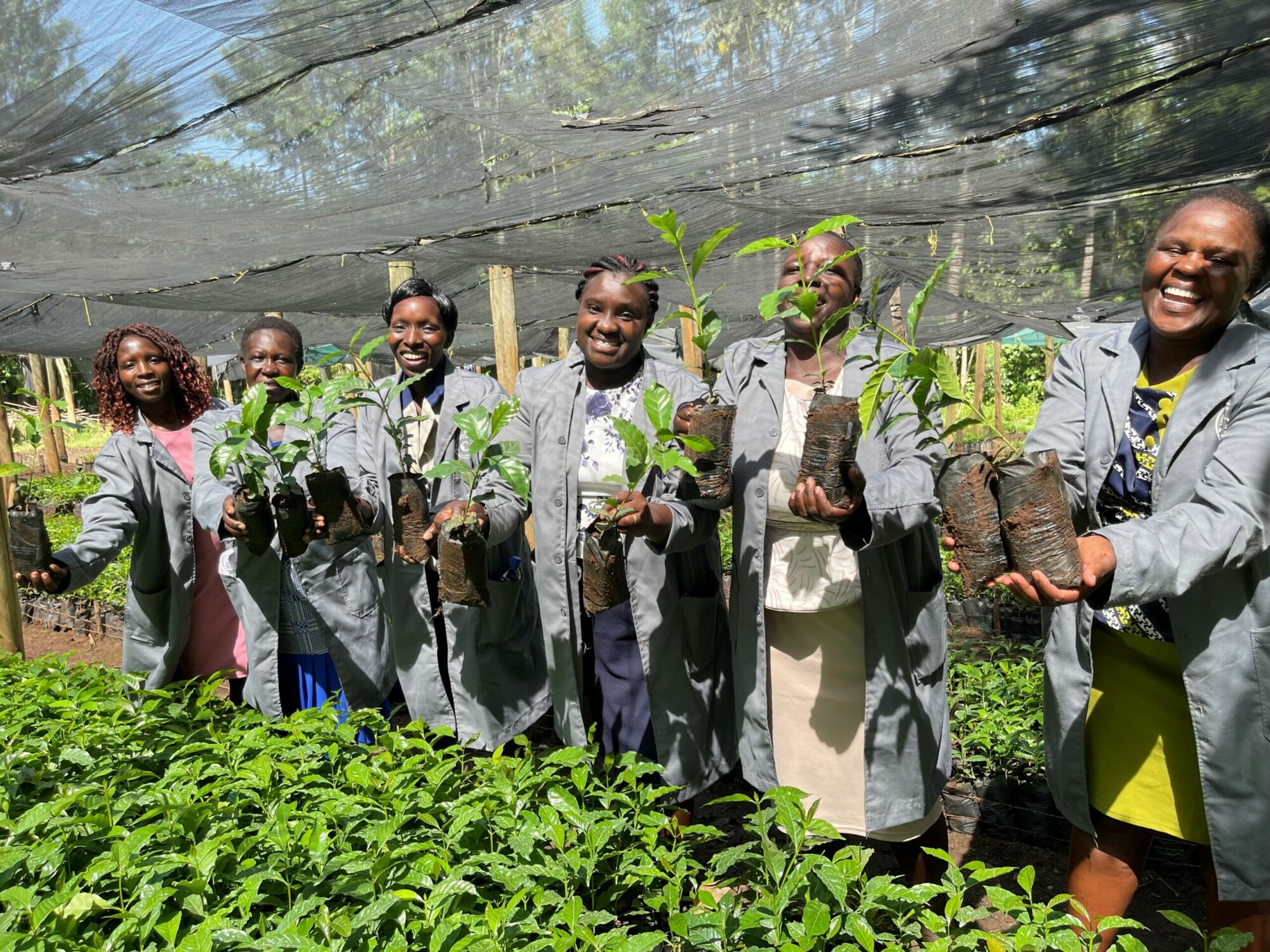 Women at the forefront of fighting climate change 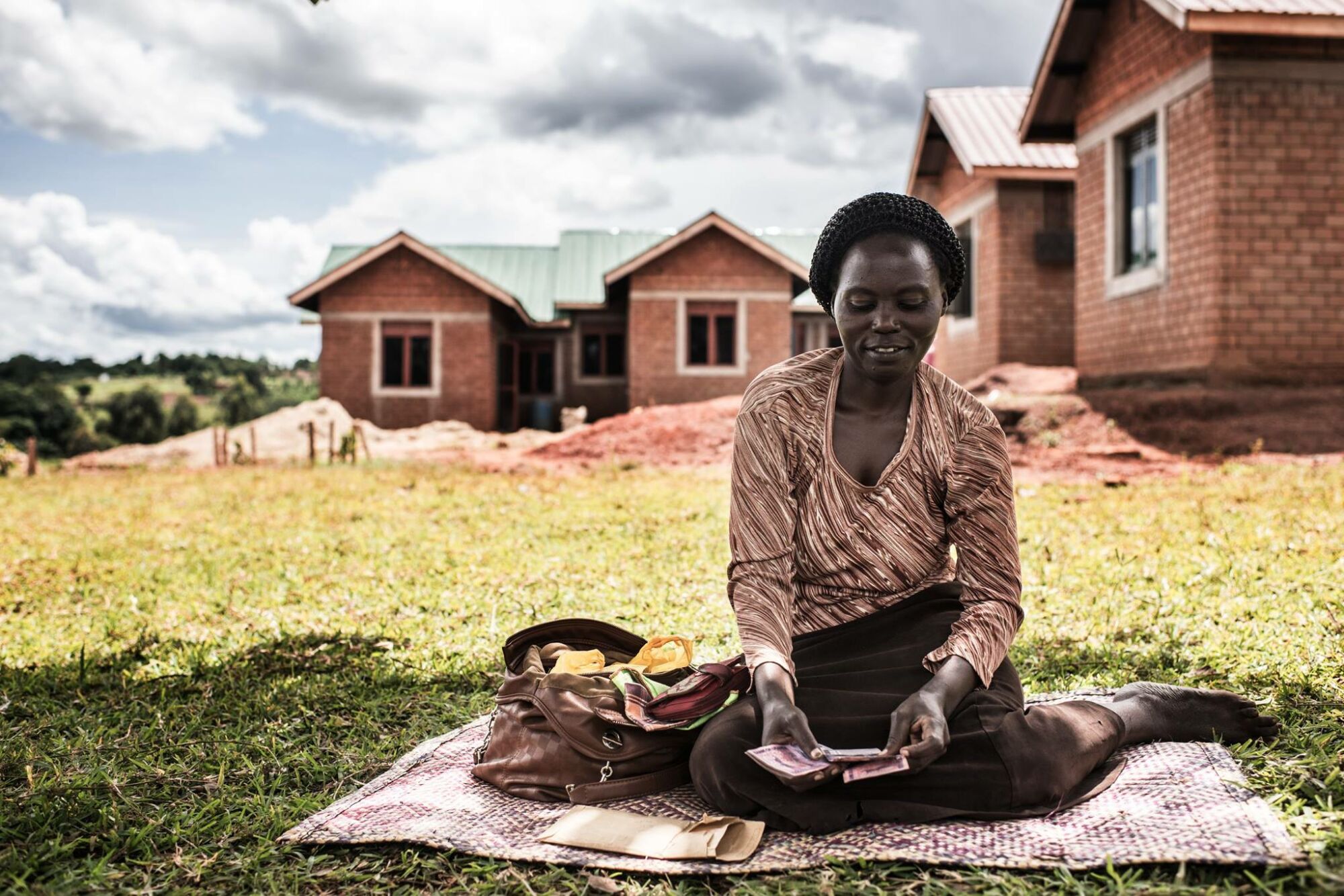